Samsung Electronics announced today that the Samsung Health Monitor app, which helps you monitor your health and encourages you to reach your wellness goals, will soon be available across 31 new countries.

Both Galaxy Watch3 and Galaxy Watch Active2 users will be able to use the ECG and Blood pressure tracking benefits via the Samsung Health Monitor app.

The expansion follows the Samsung Health Monitor app’s receipt of a CE mark in December. With this, the company said that it is now permitted to activate the features in 28 European countries, including the U.K.

To take blood pressure and electrocardiogram measurements, users must have the Samsung Health Monitor app installed on both the Galaxy Watch3 or Galaxy Watch Active2 and their Galaxy smartphone.

Users using the Blood Pressure measurement app provided by Samsung should remember to calibrate the feature every four weeks as per Samsung’s guidance.

The ECG recording or Samsung Health Monitor app never looks for signs of a heart attack. It is not intended to replace traditional methods of diagnosis or treatment.

Samsung said that the updates will be “progressively available” on its Galaxy Watch3 and Galaxy Watch Active2 devices beginning on February 4, with the exact timing of each release varying by market and carrier.

The company has also been focussed on bringing new features to its next-generation Smartwatch.

Rumors this week suggested that Samsung may be looking to incorporate a new optical sensor into Galaxy Watch 4 to enable non-invasive blood glucose level monitoring.

If you are a Samsung Galaxy Watch user, you can start looking for updates in the next few weeks in order to get the Blood pressure and ECG feature working. 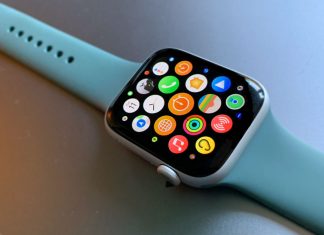 Although the display size on the Apple Watch has transitioned from earlier 38mm models to 40mm and 44mm due to customer preferences, the thickness...

Fitbit Inspire 2 VS Garmin vivosmart 4. Here’s what you should know

Garmin Enduro VS Fenix: What’s the Best for Runners?