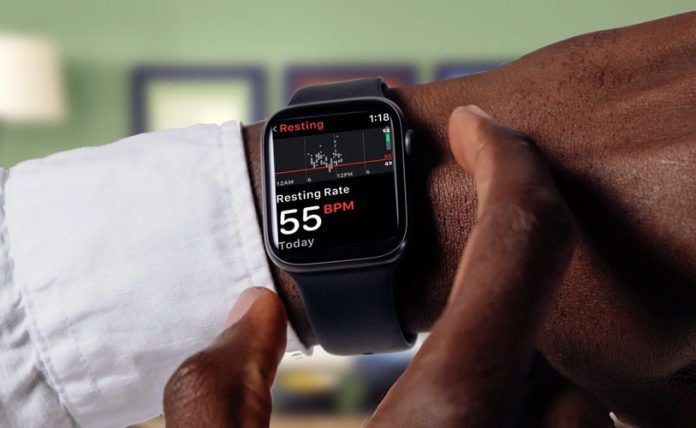 Biogen today announced a new virtual research study, in collaboration with Apple, to investigate the role Apple Watch and iPhone could play in monitoring cognitive performance and screening for a decline in cognitive health including mild cognitive impairment (MCI).

The study aims to identify digital biomarkers to help monitor cognitive performance and health, including potentially detecting mild cognitive impairment, an early indicator of certain forms of dementia such as Alzheimer’s disease.

The multi-year, observational research study launches later in 2021 and enrolls participants, including young and aging adults, with a range of cognitive performance.

Driven by the powerful technology in Apple Watch and iPhone and Biogen’s in-depth knowledge of neuroscience, the study’s primary objectives are to develop digital biomarkers to help monitor cognitive performance over time and identify early signs of MCI.

For aging adults, cognitive health is increasingly recognized as an important component of overall health.

However, significant delays exist in identifying declines in cognitive health, including MCI, which impacts approximately 15 – 20 percent of adults over 65.

The onset of symptoms is often subtle, ranging from being easily distracted to memory loss.

These diseases can take months to years before cognitive decline comes to the attention of health care providers.

The virtual study allows adult users across the aging lifespan to join.

The study has been designed with customer privacy, control, transparency in mind, and data security.

Participants, who can stop taking part in the study at any time, complete a detailed consent form listing the collected data types and how each may be used and shared.

Data is stored in an encrypted manner and in systems with strong security controls designed to protect the data.

“Cognitive decline can be an early symptom of neurodegenerative diseases and dementia. The successful development of digital biomarkers in brain health would help address the significant need to accelerate patient diagnoses and empower physicians and individuals to take timely action,” said Michel Vounatsos, CEO at Biogen.

“This is terrific news for all of us who are interested in our brain health,” said George Vradenburg, Chairman, and Cofounder of UsAgainstAlzheimer’s, a patient-led non-profit pushing to prevent dementia through ongoing attention to brain health. “

Komoot: best tips and tricks for every bike enthusiast!

Komoot is one of the leaders in route planning for cyclists. Whether you’re a new rider who wants to explore the very best trails...

Fitbit not tracking sleep or is not accurate? Let’s fix it