Google’s $2.1 billion acquisition of Fitbit has been conditionally approved by the European Commission, the EU’s executive arm.

According to CNBC’s reporting, the EU Commission has approved the acquisition.

“We can approve the proposed acquisition of Fitbit by Google because the commitments will ensure that the market for wearables and the nascent digital health space will remain open and competitive,” European Commission Executive Vice-President Margrethe Vestager said in a statement on Thursday.

Back in August, when the European Commission opened up a case to look into the details behind the proposed merger,

“The use of wearable devices by European consumers is expected to grow significantly in the coming years. This will go hand in hand with an exponential growth of data generated through these devices. This data provides key insights about the life and the health situation of the users of these devices. Our investigation aims to ensure that control by Google over data collected through wearable devices as a result of the transaction does not distort competition.”

The commission had opened up an in-depth investigation into the proposed acquisition of Fitbit by Google.

The ruling today should bring much comfort to Fitbit.

The initial acquisition plan was announced on Nov 1, 2019, and it has taken a while for this transaction to complete.

The Company’s stockholders approved the Merger on January 3, 2020.

On October 16, 2020, the European Commission extended the deadline for its Phase II investigation to January 8, 2021.

The duration of a Phase II review had added uncertainty.

This new development should definitely be some cheerful news to the Fitbit and Google team. 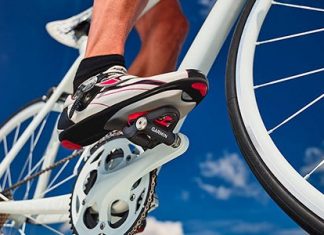 The ten best power meters for your road or mountain bike

Every cyclist serious about improving their speed and performance knows the importance of utilizing a power meter to measure these efforts. Power meters for...

What is the Health Checklist feature from Apple all about?