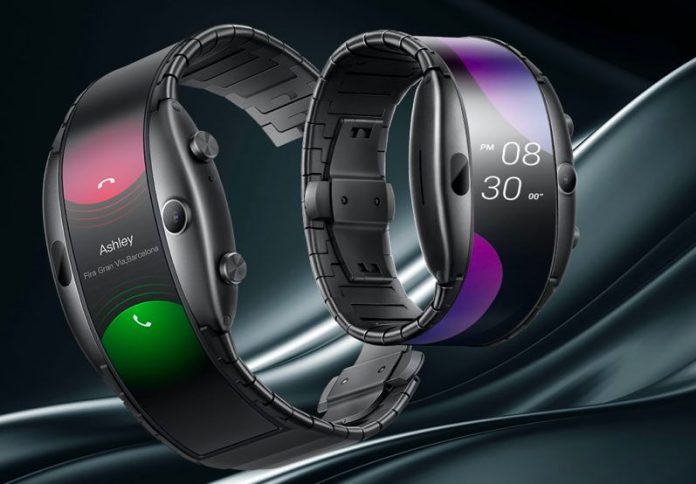 If you ever imagined a head-turning smartwatch, no other smartwatch gets close to the Nubia Watch with its flexible, bendable bright OLED display and a suite of on-board tricks.

Makers of this futuristic smartwatch have won the FCC authorization for the new Nubia Alpha.

Although the Smartwatch has built-in Bluetooth and Wi-Fi support, the US model does not appear to have the support for the eSIM feature based on the FCC test documentation. The smartwatch with eSIM support is only available in China and other countries.

Unlike many other Chinese made fitness trackers that are powered by a cheap Nordic CPU and an off the shelf optical heart sensor, the Nubia Alpha has some high powered chipsets to be proud of.

Featuring a Snapdragon quad-core processor and 1 GM RAM / 8GB ROM, the smartwatch has enough processing power to handle most tasks.

The smartwatch also offers a rudimentary gesture control mechanism. Wave your hands over the display to control the screen. This is achieved by two sensors placed on the watch facing the user. The midsection of the fitness band does appear to be a little clumsy when it comes to design primarily due to the built-in camera on the side of the screen.

The Nubia Alpha will work with your Android and Apple mobile devices and comes with its own operating system. Some of the reviews that were done on the unit in August showed that the supporting app to be a little buggy at times. 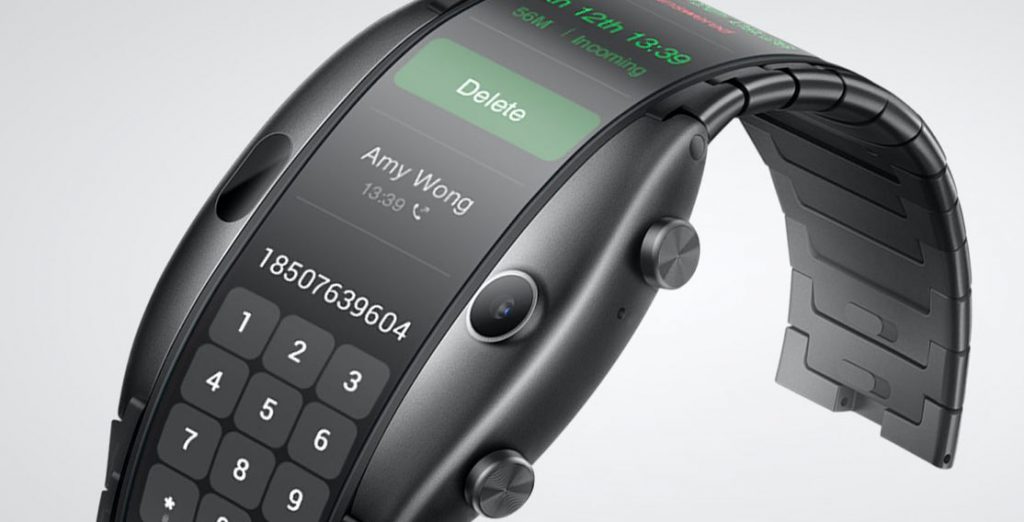 What is nice about this fitness band is that the large colorful display is definitely a head-turner and provides users with a large viewable area to interact with the features.

The battery specs on the smartwatch are not the best by any standards and leave a lot to be desired. Although the Nubia band comes built-in with a 500 mAh battery source, it only provides enough power to last a few days before it needs to be re-charged.

Other Nubia Watch features based are as follows:

What about the price?

Priced at $299, ( via its website), the Nubia Alpha is probably going to have a hard time gathering momentum in the US market but may find users who are always looking for some cool on-the-wrist gadgets.

The new FCC equipment authorization approval today is marked confidential, so its hard to say if the company is launching a new Smartwatch with changes or if this is the filing for the original Nubia Alpha that the company has been marketing for some time. 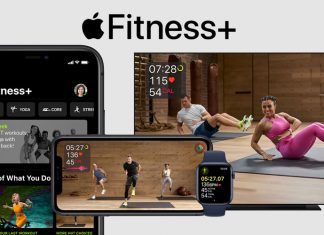 When Apple launched the Fitness+ service offering, it promised new workouts every week. Apple Fitness+ has introduced 24 new workouts to start in 2021. These...

How to erase health data from Apple Watch and paired iPhone