Zepp Health, the company behind the Amazfit brand of products provided some exciting news today beyond the launch of its new PowerBuds Pro earbuds and new watches.

According to Amazfit, the new PumpBeats platform is based on five years of technical research and employs the company’s proprietary Huangshan AI chip and biosensor array.

In addition to the on-demand blood pressure measurement, Amazfit is also exploring the potential around continuous blood pressure monitoring and is in the process of developing the feature.

Clinical testing of hypertensive patients at the First Hospital of Peking University found deviations in PumpBeats measurements of less than 5.14mmHg in Systolic and less than 4.88mmHg in Diastolic pressure.

Blood pressure measurement takes only 30 seconds using the platform. According to the company, PumpBeats is expected to be available in Amazfit products in Q4 2021.

The new chip has a significant differentiator in performance.

The company also announced its plans around unveiling its new operating system this year.

Zepp OS will be officially launched in Q4 2021 and it will become an open health management platform that will allow thousands of developers to participate and to create a global open health ecosystem for smart wearable users. 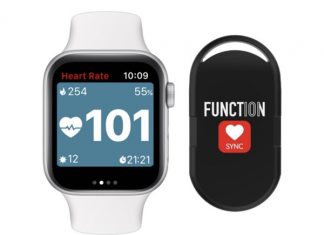 Most Apple Watch users primarily use their smartwatch to track their health and fitness information, from their daily activity ring goals to monitoring their...