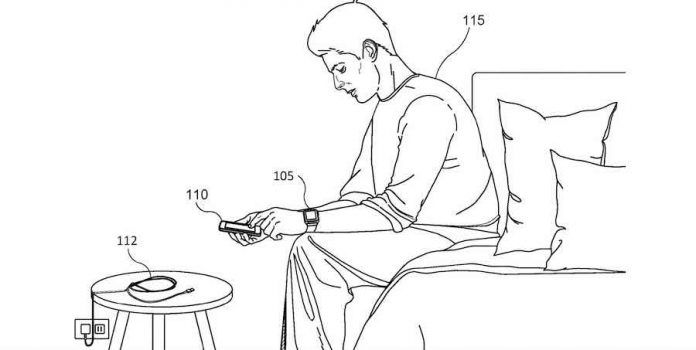 We have all been in situations where we are up before the alarm on the iPhone or the Apple Watch goes off. It often makes you think “What’s the point of the alarm now?” as you fumble to switch it off. Well, Apple is exploring the automated wake detection feature to help users with this simple problem and solve the inflexibility issue with alarms on electronic devices.

The general idea of solving this challenge is through following a sequence of steps.

Your iPhone or Apple Watch first enters a wakefulness-monitoring state during a time period preceding a time of an alarm (e.g., four hours before the time of the alarm).

Determining if the user is awake before disabling alarms

In the wakefulness-monitoring state, sensors on your watch and iPhone will monitor your activity data.

If and when the sensors determine that there is enough information to infer that you are up and about, it will send you a notification.

For example, the notification can state: “Do you want to turn off your 7:00 am alarm?” and include an input option that, when selected via corresponding user input, corresponds to an instruction to disable the alarm.

Thus, the device can intelligently infer when a user is awake by monitoring and assessing activity-indicative data (e.g., sensor measurement(s) and/or input data) and take actions based on user feedback to disable all alarms.

Its amazing how the simple built-in sensors on the Apple Watch and the iPhone can help with solving a common problem with alarms on your personal devices.

The processes described above were filed via a patent on Sept 4th, 2020, and approved today. Since the process does not require any incremental hardware updates to devices, we think that the automated wake detection feature could come to your Apple devices soon via an iOS and/or watchOS update.

These 6 iPad Bike Mounts for Apple Fitness+ help get your game on!

With the rising popularity of working out from home, fitness subscription services are becoming more crucial to fitness enthusiasts. But working out while trying to...

How to block unknown or spam callers from your child’s Apple Watch?