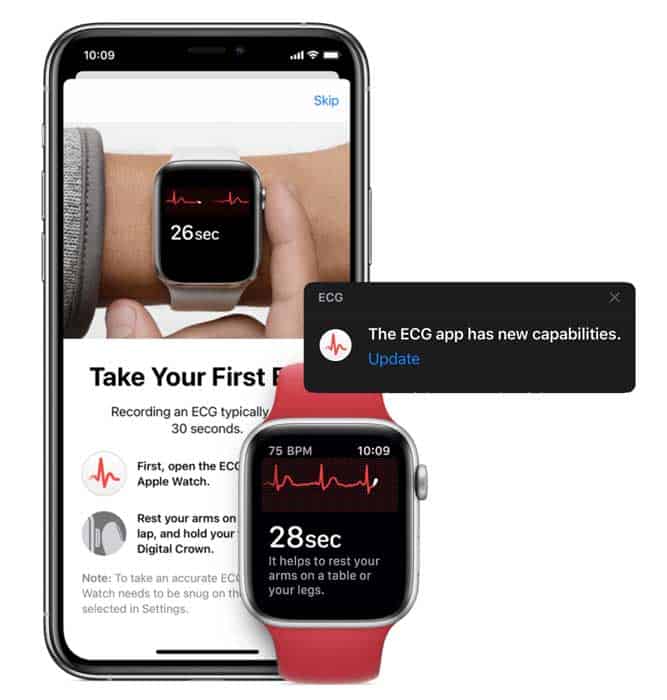 Just in, iOS 14.3 and watchOS 7.2 updates will include Apple’s improved (version 2) ECG feature. We expect these iPhone and Apple Watch upgrades to drop as early as next week (starting Dec. 14.) 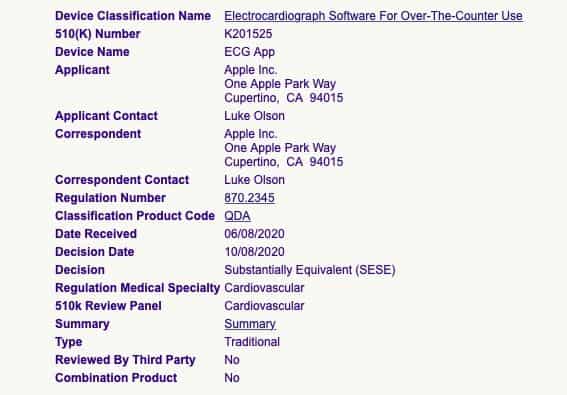 The enhanced ECG comes years after the company successfully received approval for its original ECG function via de-novo.

This second-generation ECG feature expands the classification range all the way to 150 beats per minute.

The new ECG feature is available on the Apple Watch on an on-demand basis. 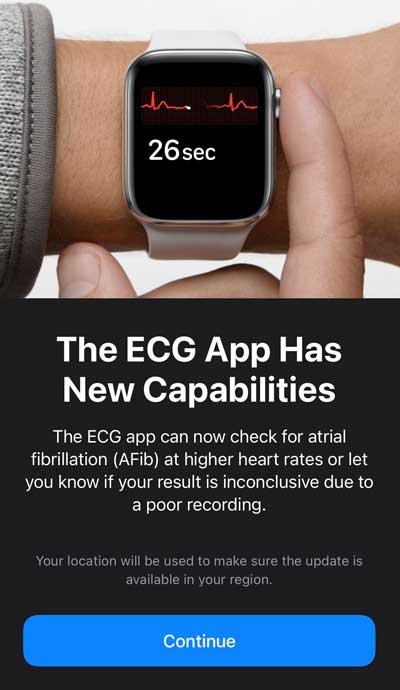 And then it recommends anyone with this warning speak to their doctor and healthcare team about the finding.

Details around this new ECG improvement were first uncovered by Steve Moser from Macrumors.com

What we know is that the original ECG functionality is still getting approved in many countries, like South Korea and Japan.

Additionally, we anticipated that Taiwan will have the ECG feature available on the Apple Watch when Apple releases watchOS 7.2 and iOS 14.3.

The new incremental change in the Afib detection algorithms made by Apple is huge.

As other wearable players ( Samsung, Withings) are just beginning to catch up on ECG, Apple has gained momentum by adding new functionality. 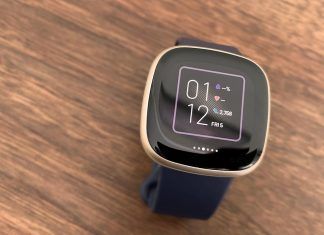 Can’t change the clock face on your Fitbit? Let’s fix it

Choosing a Fitbit clock face reflects your mood, style, and personality. And it can also help to keep you on track with your day’s...

What to do when your Garmin watch isn’t getting a GPS signal or is dropping that signal? Let’s fix it!