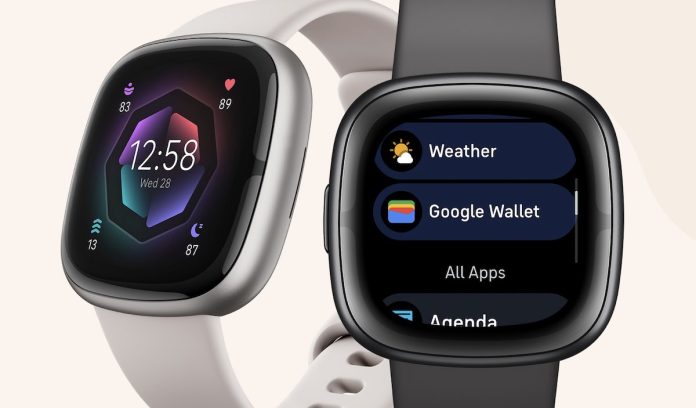 Fitbit introduced new smartwatches and trackers this morning. Fitbit fans can now choose to upgrade their devices. The latest updates to the top-shelf smartwatches in Fitbit’s portfolio come after two years. The original Fitbit Sense was introduced way back in September 2020.

The difference is that the latest Sense 2 has a new “continuous” mode on the electrodermal sensor that you can use throughout the day as opposed to the on-demand stress score function on the original Fitbit Sense. The original Sense has the feature where you perform a quick two-minute scan or a guided session up to 60 minutes in order to access your stress levels.

The new Sense 2, on the other hand, will probably measure your stress scores in a continuous fashion instead of you having to manually request an electrodermal scan. You can try out the new ways of managing stress with guided breathing, exercise and meditations that Fitbit offers on its premium platform for Sense 2.

This could, however, impact the battery performance on the new Smartwatch. So, it remains to be seen how Fitbit engineers have tweaked the watch’s energy optimization algorithms to get the best bang for the buck when it comes to battery performance.

The Fitbit Sense 2 offers some of the best sleep monitoring features. The company’s Sleep Profile analytics will help you analyze your sleep data every month and not only help you understand your sleep patterns and performance using ten key sleep metrics but will also assist you in getting better habits that will help you rest better.

The Sleep stages’ functionality to help you identify REM vs non-REM sleep is also there as you can understand each of the sleep stages. This detailed analytics, however requires the Fitbit premium subscription.

When you buy the new Fitbit Sense 2, Versa 4, or the Inspire, you get a complimentary six-month premium subscription. 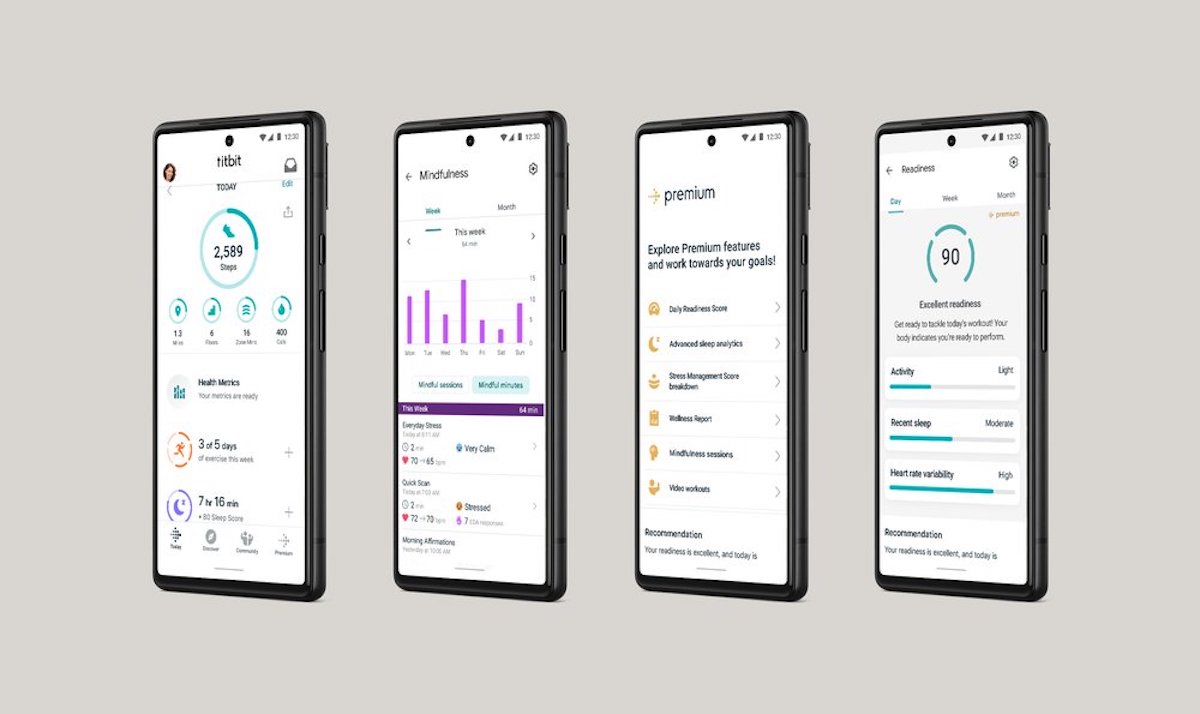 The Fitbit Premium membership will cost $9.99 a month after the six months complimentary period is over.

Other Health Features of the new Fitbit devices

Fitbit users can use the Health Metrics dashboard to see heart rate variability, skin temperature variation, SpO2, and more. Users can use the FDA-approved ECG app for on-demand atrial fibrillation assessment or turn on irregular heart rhythm notifications to assess their heart health. The ability of the Fitbit smartwatches to perform high rate and low heart rate notifications has been maintained.

In terms of tracking activities, there aren’t too many changes.

The Fitbit Sense 2 and Versa 4 have built-in GPS. Users can track 40+ exercise modes and also swim with the watch. The Fitbit offers water resistance up to 50 meters of water.

Google Apps on the new Fitbit

The Fitbit Sense 2 and the Versa 4 will offer users the ability to use Google Maps on their devices. 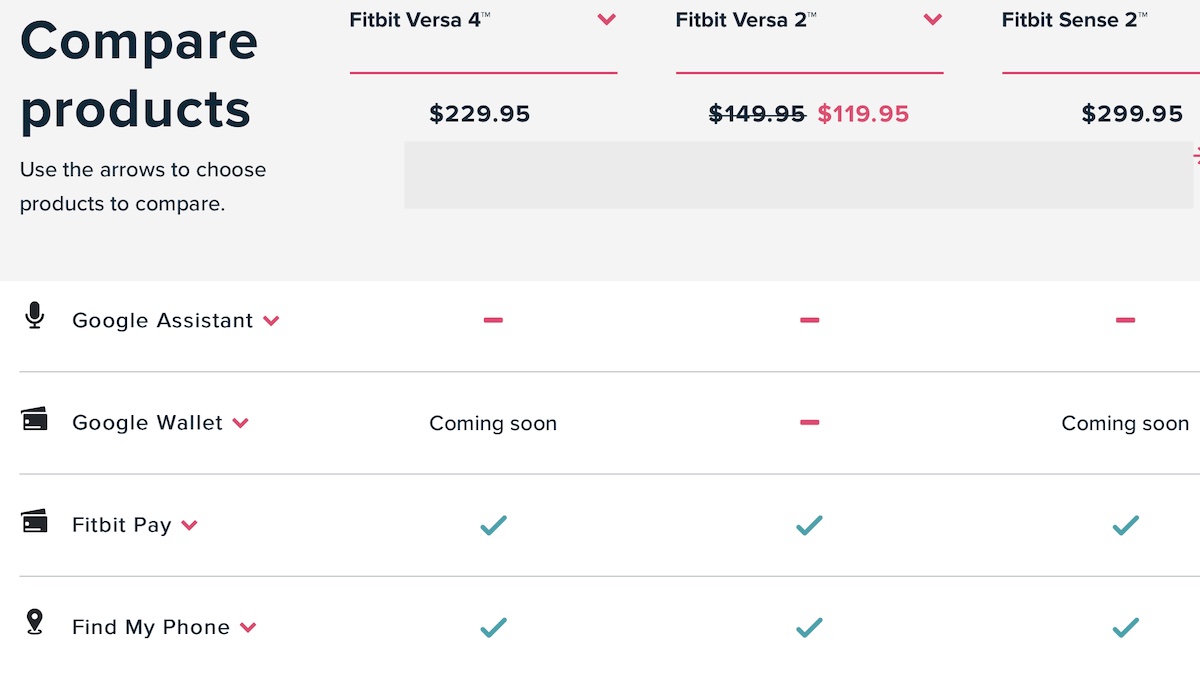 The new addition here is the ability to use Google Wallet on the new Fitbit Smartwatches. Google/Fitbit will be rolling out the functionality shortly.

The new Fitbit Sense 2 is priced at a very affordable price of $299.95 and will start shipping by September 23rd. You can go to the Fitbit website and pre-order your device.

The new Versa 4 has been upgraded more extensively in this iteration. Fitbit Versa fans waiting for an upgrade will really like the new Versa 4.

Priced at a very affordable $229.95, the new Versa 4 offers a series of much-needed upgrades when compared with the older yet popular Fitbit Versa 2. The new Fitbit Versa 4 features the built-in GPS now, which was missing in the Versa 2. You no longer need to carry your phone with you to see the pace, distance, or route when running with your Versa 4.

The battery life on the new Versa 4 is essentially the same as Versa 2. The company promises up to 6 days of battery life.

The new Versa 4 will shortly support on-wrist Bluetooth-supported phone calls. This feature was missing on the older Versa 2 and was a major product complaint by many users.

Fast charging brings a much-wanted wishlist feature on the Versa 4. You can charge the watch in as much as twelve minutes and get a full day’s worth of battery juice. This is not possible with the Fitbit Versa 2.

The form factor on the new Versa has not changed much.

When it comes to heart health, the Versa platform is missing out much of the features. You will not be able to do an ECG check. You can, however get high heart rate or low heart rate notifications on the Versa 4. In order to get heart health parameters, your best bet is to upgrade to the Fitbit Sense platform.

The Versa 4 does not have an embedded skin sensor (electrodermal sensor). Although you can obtain a rudimentary stress management score using the Versa 4 along with the Fitbit Premium platform, you will still not be able to perform an EDA scan or do all-day body response tracking.

Which Fitbit Smartwatch to buy?

The Sense 2 is more health focussed than the Versa 2 or Versa 4 platform. If you are looking for a Fitbit smartwatch with all the bells and whistles regarding health and wellness, Fitbit Sense 2 is the most meaningful choice.

This means that for an additional $70 (over Fitbit Versa 4), you are getting all the latest health monitoring features as well as Google app features on your smartwatch.

If you are, however, looking for a smartwatch that can help you track your workout activities and provide productivity features, the Versa 4 is not a bad choice. Similarly, if you do not care for a built-in GPS sensor, the Versa 2, now priced at $119.95, is actually a terrific choice.

If you are looking for an entry-level device with a color display that can help you track important activity metrics with amazing battery life, the new Fitbit Inspire 3 fits the bill at a very affordable price of $99.95 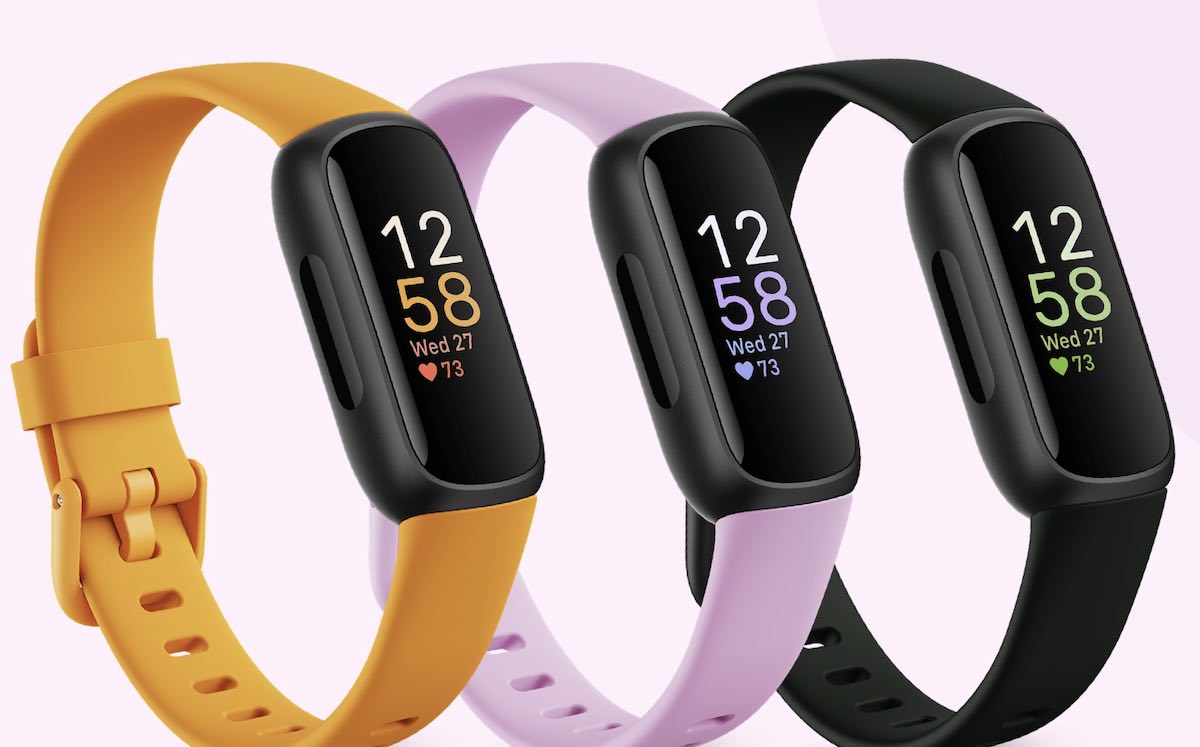 The new Inspire 3 looks elegant and polished, but if you are looking for an entry-level tracker that can keep track of your routes while you run or exercise outdoors, you are better off looking at the Fitbit Charge 5, which is available for $20 dollars more at $119.95.

The Inspire 3 also lacks some of the health and wellness functions, which is expected at this pricing point. You will unable to use the ECG app with Inspire 3 and instead will require the Charge 5 for this feature.

Keep in mind that Fitbit Inspire 3 battery performance is way superior to the Fitbit Luxe or Fitbit Charge 5. With the Inspire, you are getting up to 10 days of battery life, and with the other two trackers, you upto five or seven days, respectively. So if battery performance is an important criterion for you, the Inspire 3 wins wholeheartedly over the other trackers from Fitbit.

When it comes to sleep monitoring, Fitbit’s trackers, including the new Inspire 3, support all the features.

When you buy any of these trackers, including the new Inspire 3, you receive a complimentary Fitbit Premium membership of six months. Please feel to check out the detailed specifications of the new products released by Fitbit on their website.

Do you plan on upgrading to one of these latest Fitbit devices? What are some of the features you were hoping for on the new devices? Did it meet your wishlist? We would love to hear from you. We are also waiting to see what features Google rolls out on their Pixel smartwatch and will keep you posted on the details as they are released. 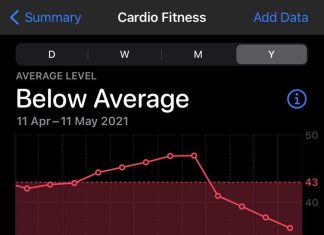 If you regularly monitor your cardio fitness levels (VO2 Max) using the Health app on your iPhone and suddenly see your score dropping (or...