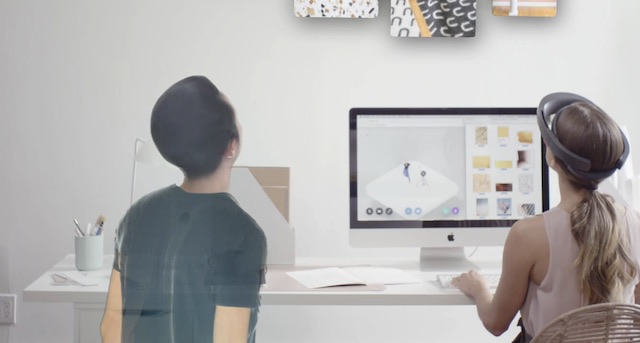 What appears to be a gadget straight out of a Star Trek episode is actually a pretty cool device based on some solid existing neuroscience.

Electroencephalographs, galvanometers, and electrocardiographs are examples of devices that are used to measure and monitor bio-signals generated by humans.

A human brain generates bio-signals such as electrical patterns, which may be measured/monitored using an electroencephalogram (“EEG”) which is exactly what the current Muse band monitors.

Measuring and analyzing bio-signals such as brainwave patterns can have a variety of practical applications. For example, brain-computer interfaces (“BCI”) allow users to control devices and computers using brainwave signals.

In this instance, the wearable computing device may include a camera, a display, and means to monitor bio-signals.

Brain activity may be measured through electroencephalography (“EEG”) techniques electrically, or through functional near-infrared spectroscopy (“fNIRS”) techniques measuring relative changes in hemoglobin concentration through the use of near-infrared light attenuation.

Using these sensors, the wearable system will be able to understand how you interact in a virtual reality/ mixed reality system. The research points out that by monitoring facial expressions along with EEG to analyze and understand user’s emotions, changes could be made to the avatar of the user in the mixed reality environment to show how the user if feeling during his/her interaction in the environment.

The key aspect of this technical research is how companies are beginning to think about capturing bio-signals from user interaction in a virtual reality/ mixed reality environment and using the feedback to make appropriate interactive decisions for the use case.

There are many large tech companies already investing millions in developing mixed reality and virtual reality platforms including Apple and Samsung.

Recent Facebook patents also show how the tech company is investing heavily into the area of virtual reality and mixed reality.

On the other hand, smaller wearable health tech players are exploring how they can leverage their understanding of bio signals to facilitate new commercial use cases. In this particular case, Toronto-based Muse headband makers are trying to evaluate potential use cases of EEG and other bio-signals in a mixed reality environment.

They are not alone.

Recently Huami, makers of AmazFit smartwatches published research showing how they can change the scripts/scenes of a video game based on the heart rate of the player.

If your gaming console evaluates that a particular sequence is too boring for you based on your heart rate information, it can change the entire sequence of the game in an attempt to boost up your adrenalin and your heart rate.

Although many patents never make it to the product stage, the area of wearable computing systems and brain-machine interface is gaining significant traction in the recent years.

Whether it is Elon Musk’s Neuralink or a simple wearable headband like Muse, that provides real-time brainwave feedback and teaches users to focus more and manage stress better, you can definitely expect new wearable products that is bound to surprise you. 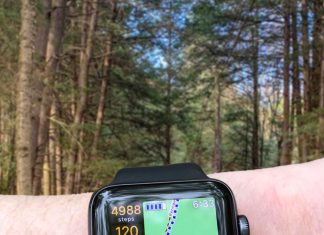 Looking for a fitness app for your Apple Watch that allows you almost endless customization of your watch's screen display, build intervals, and tools...

Best Apple Watch apps for tracking your period or ovulation

Amazfit readies up PowerBuds Pro, a pro-line of its hearables