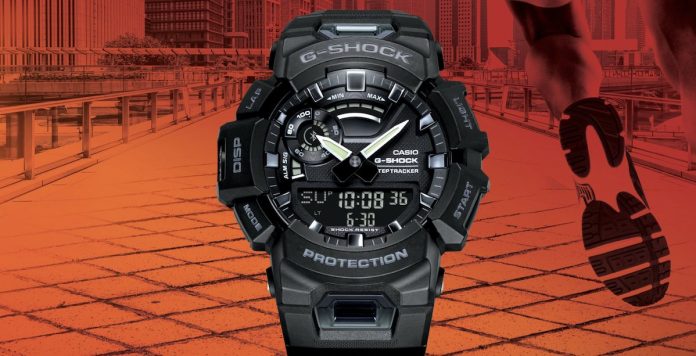 Casio announced the release of a new fitness focussed watch today. The new GBA900 from Casio is a functional and affordable fitness tracking smartwatch that is aimed to help you support an active lifestyle.

In terms of the key features, Casio’s G-SHOCK GBA900 comes with a 2-year battery life and is one of the few watches that offers 200 meters of water resistance.

The new watch also has shock resistance and has the familiar 1/100 sec stopwatch with Lap memory. The watch also supports a Countdown/Interval timer and the built-in 5 timer settings are handy.

The GBA900 also has a world time feature with details of 48 cities.

The newer G-SHOCK model is slimmer and has a large LCD display.

The GBA900 can automatically track your daily movements and other data through Bluetooth® Connectivity and the G-SHOCK MOVE app.

Users who like to walk briskly can take advantage of the step tracker, a graph to display workout intensity, and an achievement graph to show progression towards individualized goals.

The affordable G-SHOCK new model is priced at $130 and is available for pre-order starting today from the company’s site.

This is the second Casio watch to be introduced this week. Earlier this week, the company had announced the release of a steel-based G-SHOCK line of men’s watches; GSTB400-1A.

The slim steel based watch from Casio retails for $320 and is probably geared towards die-hard Casio fans who are looking for a stainless steel upscale look.

Neither of these watches however have any wellness or health monitoring functions.

The other anticipated watch from Casio is the rugged GSW-H1000. This new Casio watch will be the first one to feature wearOS and that is one of the reasons, people are excited about it. This watch is priced at a higher price point of $700 which is definitely on the expensive side when comparing with other wearOS based smartwatches.

2021 is shaping up to be a big year for wearOS. Not only will we have a G-SHOCK running wearOS but the new Samsung Galaxy watches to be released this year will also operate on wearOS. 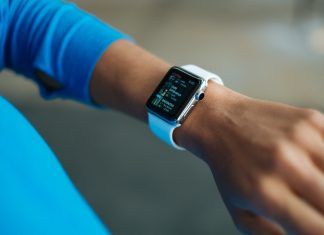 Apple is exploring EMG (Electromyography) sensors. Electromyograpgy is a procedure that evaluates the health condition of muscles and the nerve cells that control them....

How to Use YouTube on Samsung Galaxy Watch Devices