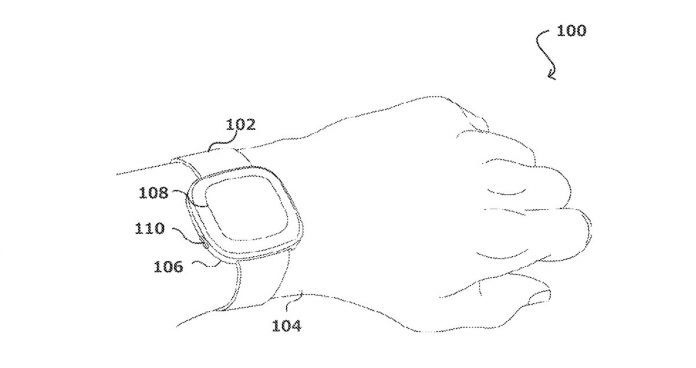 Fitbit is researching how its wearable device can help with tracking a person’s smoking habits and help guide the person to kick the habit.

According to CDC, Cigarette smoking is responsible for more than 480,000 deaths per year in the United States, including more than 41,000 deaths resulting from secondhand smoke exposure.

Individuals and healthcare providers have always been interested in tracking an individual’s smoking behavior while the person is attempting to quit or is trying to reduce smoking.

Self-reporting of smoking behavior may not only be an unreliable metric but is also tedious and cumbersome for the individual.

Attempting to track smoking-specific motions with accelerometers may not pick up anything if the user is wearing the sensor on the hand opposite the hand holding the cigarette.

There isn’t an easy way to track an associated metric that can be useful.

Intake of Carbon Monoxide during smoking and its effect on blood

When Carbon monoxide binds to haemoglobin in the blood, it forms carboxyhaemoglobin (COHb). In non-smokers the concentration of COHb in the blood is usually 1%. In smokers this percentage fluctuates between 3% and 8% and can even reach 15% in chain-smokers. A pack-a-day smoker typically has anywhere between 3% and 6% COHb levels in their blood.

Fitbit’s research involves tracking this digital biomarker to estimate the volume and timing related to a person’s smoking.

Fitbit is researching how its wearables can use PPG to help read the COHb levels in a non-invasive manner.

The intensity of the wavelengths is indicative of a level of carbon monoxide inhalation associated with the subject. 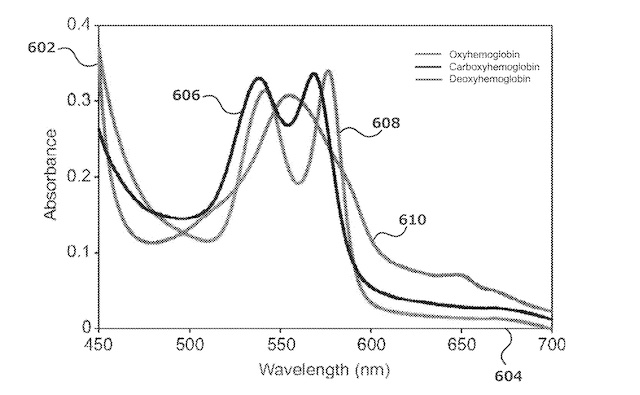 The light source may also include a narrow band light source that corresponds to the oxyhemoglobin absorption spectrum, approximately 530-540 nm.

The narrow band light sources could include lasers, resonant cavity LEDs, or optically filtered conventional LEDs. The light source could also include other visible and/or infrared wavelengths to provide a baseline for tissue optical properties and/or blood concentration. This baseline could be used to improve the carboxyhemoglobin reading.

Combining the carbon monoxide inhalation data with other Fitbit health data may help in accurately pinpoint the time and duration of when the user was smoking along with any other stress signals in the user.

For example, a tracker device may calculate the user’s stress or relaxation levels based on a combination of HR variability, skin conduction, noise pollution, and/or sleep quality.

The Fitbit patent (patent # 10966643) was published today and originally filed by Fitbit in July, 2019. This also happens to another recent patent that discusses a potential wearable ‘ring’ from Fitbit.

As with any patent, it’s hard to tell if and when viable research becomes a product feature but it definitely shows that we are in the infancy of what optical spectroscopy provides for digital health and our well-being.

Apple announced its 2021 Apple Design Award finalists this morning. The announcement comes a week before the WWDC. The design awards are awarded under...

How do I run a Lactate Threshold Test on my Garmin Smart Watch?