A team of Chinese medical researchers has discovered a novel use for the iPhone’s intrinsic photo edit function. The team used an iPhone to help measure the parameters of the cervical spine and found it convenient and reliable.

How the study uses the iPhone to measure the spine

The built-in camera of the iPhone was used to take photos for measurement. To minimize parallax errors, the iPhone screen’s plane should be kept parallel to the plane of the computer screen when taking the picture.

The built-in photo edit function was used to rotate the pictures of the X-ray films, allowing the grid lines and scale of rotation angle to be identified clearly and simultaneously.

Traditionally, cervical sagittal parameters are measured by drawing lines on the radiographic films with a marker pen and reading them with a protractor.

Doctors do not always carry these tools, and stained film and time-consuming issues are concerns that should also be noted. According to the researchers, using an iPhone is way more convenient, faster, and reliable.

The compact yet powerful iPhone camera is increasingly used in novel healthcare applications. 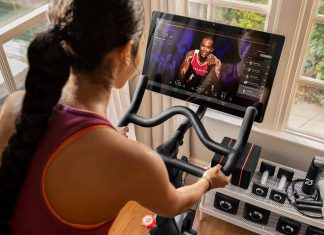 Have you considered buying a Peloton bike this year? Peloton has taken the home cycling world to an entirely new level, for a good...

Is the Blood Oxygen app (SpO2) not working on your Apple Watch? Let’s fix it