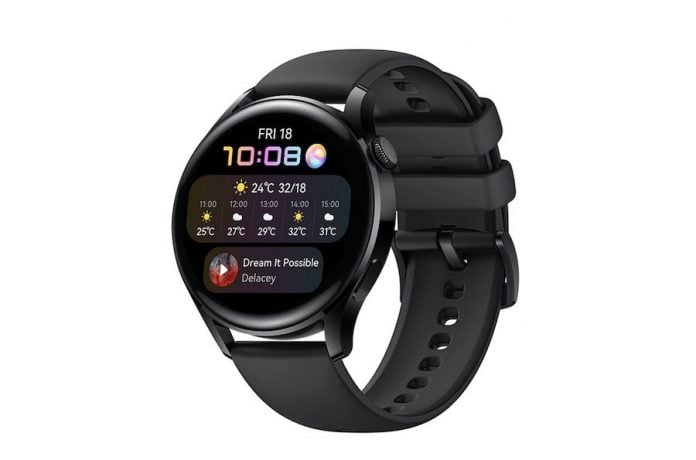 Specs of the new Huawei Watch 3 were revealed today by the popular leaker @snoopy.

In terms of storage, the Huawei 3 smartwatch will feature 2GB RAM and 16 GB storage. The batter specs on the new watch are tagged at  450 mAh.

The new watch is expected to run on the updated homegrown operating system that Huawei has been championing; HarmonyOS.

At the end of 2020/Q4, Huawei fell to fourth place and continued to struggle with the sanctions imposed by the U.S. government. 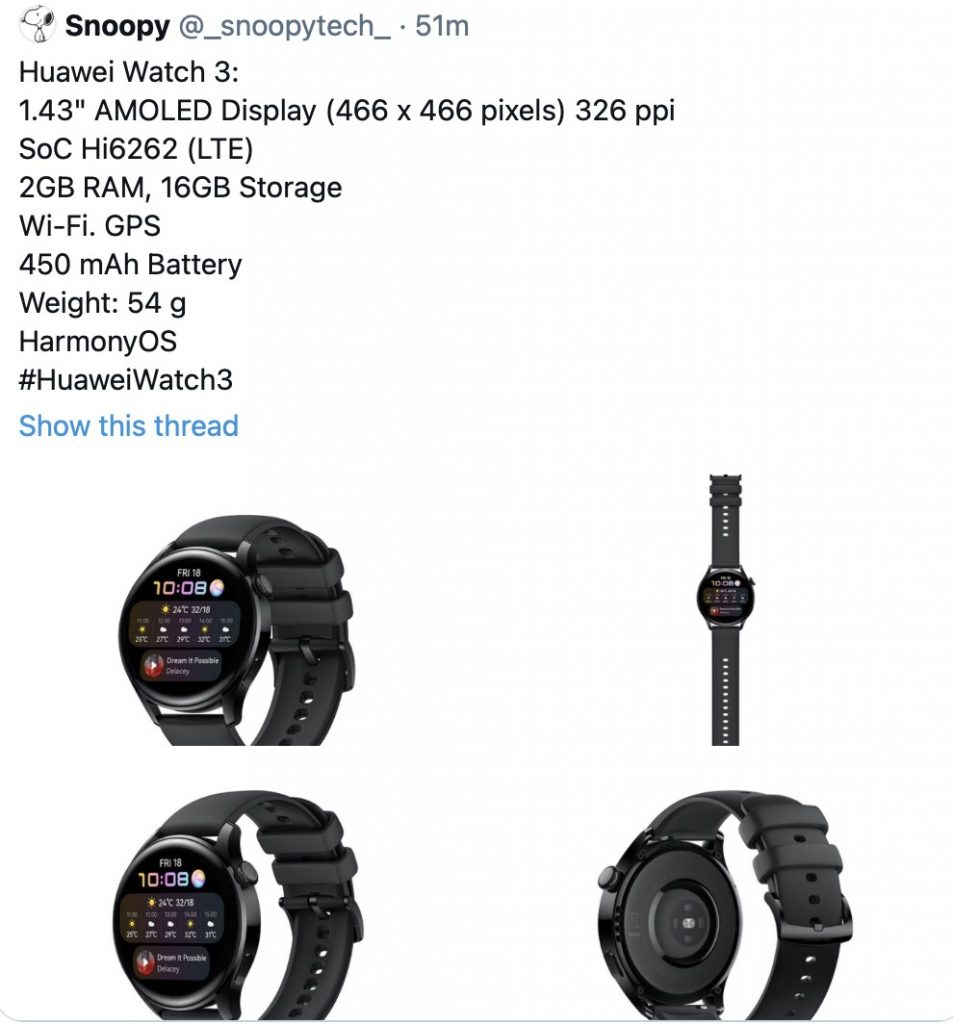 While its shipments within China grew 9.4% year over year, shipments declined in previously strong markets such as Asia/Pacific (excluding Japan and China), the Middle East and Africa, and Western Europe.

The company has slowly started to move away from wristbands and towards watches, as exhibited by the 18.2% growth in watch shipments and the 33.7% decline in wristbands.

The company showing momentum is Zepp health. Zepp Health, makers of Amazfit, ranked the Top 4 in terms of global adult smartwatch shipments in the first quarter of 2021, according to data from the International Data Corporation (IDC) on the global wearable device market.

Zepp Heath sold over 1.65 million Zepp and Amazfit smartwatches in the first quarter, representing year-on-year growth of 68.8% in global unit sales – the highest growth among the top adult smartwatch brands.

It will be interesting to see if Huawei can gather new momentum with the new Huawei Watch 3. Given the specs, the watch 3 is not that different from its predecessor models, such as the Huawei Watch GT 2 Pro, which would imply that it could be another challenging year for Huawei watches in terms of sales outside China. 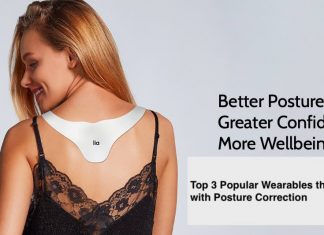 Rancho Cordova startup Smart Spinal Solutions Inc. has raised $450,000 to complete the product development of its smart wearable device, Lia, which helps with...

Attach a camera to your Apple Watch via Wristcam