Several users of the new Samsung earbuds, Galaxy Buzz pro, have been complaining about ear irritation and itching following these new earbuds.

Today, the company announced that it would provide refunds and support treatment costs for customers who have had these complaints.

According to a popular Korean site, Samsung Electronics said, “Due to the general characteristics of kernel-type earphones, depending on the user, when used for a long period of time, discomfort or symptoms such as external otitis may occur due to increased moisture in the ear.”

The company was cautious in its remarks and also clearly stated that “There is no quality problem with the Galaxy Buzz Pro,” but added, “To provide differentiated services to customers who love Galaxy, we are providing refunds and treatment fees.”

Many reviews on online communities suggested that users were being diagnosed with otitis externa after using the Galaxy Buzz Pro.

Otitis externa, also known as swimmer’s ear, is inflammation of the ear canal and presents itself with ear pain, swelling, and occasionally decreased hearing.

There is rationale to believe that since Galaxy Buds Pro is an in-ear type (kernel type) wireless earphone that inserts a silicone ear tip into the ear hole, it can increase ear fatigue compared to the ‘open type’ worn on the auricle and lead to ear irritations in some users.

In general, there’s a connection between earbuds and ear wax.

Your ears produce wax as protection and help in cleaning and lubrication, but ear wax can build up if earbuds block that process. And putting the earbuds in that part of your ear canal can actually stimulate more wax production.

According to medical experts, moisture can get trapped behind that built-up wax – especially in more humid areas – and lead to infections.

This issue can happen with any earbuds and is not limited to Samsung devices.

Experts, therefore, suggest that the best way to avoid Otitis externa and related symptoms when using earbuds is to keep these devices clean. 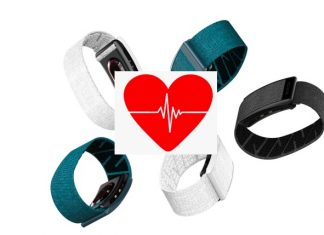 WHOOP positioning as a clinical tool for Heart Failure management

Researchers at the Milton Hersey Medical center are currently evaluating if WHOOP as a device can be used as a clinical tool for heart...