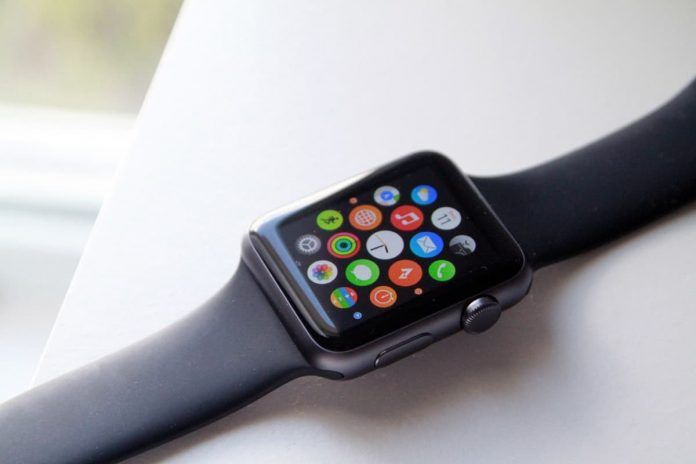 Did you just get your first Apple Watch? Excited about the features on your watch and AirPods but annoyed with the constant Siri voice reading aloud your text messages?

The good news is that yes, you can stop Siri from reading out your text messages on your Apple Watch by changing just a few setting changes.

Disable Siri from reading out your text messages on Apple Watch

This behavior of Siri is actually a feature that can be controlled via the Settings app.

The central idea behind this Announce Message feature is to provide you easy access to your text messages without tapping through your Apple Watch or accessing your iPhone.

You can also make this change on your paired iPhone

Turning off Announce Messages with Siri does not turn off Siri

When you disable the Announce Messages, it does not disable any other Siri features.

For example, you can still use Siri for sending messages using your Apple Watch.

Give it a try!

Raise your Apple Watch and say ‘Hey Siri, Send a message to (enter in a name or even your own name) that I will be late to the meeting’.

As soon as you lower your arm, the message is sent out automatically.

Want to announce messages with Siri but at a lower volume?

What if you didn’t want to completely stop this feature but instead want Siri’s message announcements at a lower volume?

Currently, the only way we know of is to manually turn the volume down when Siri is actually reading (announcing) a message. 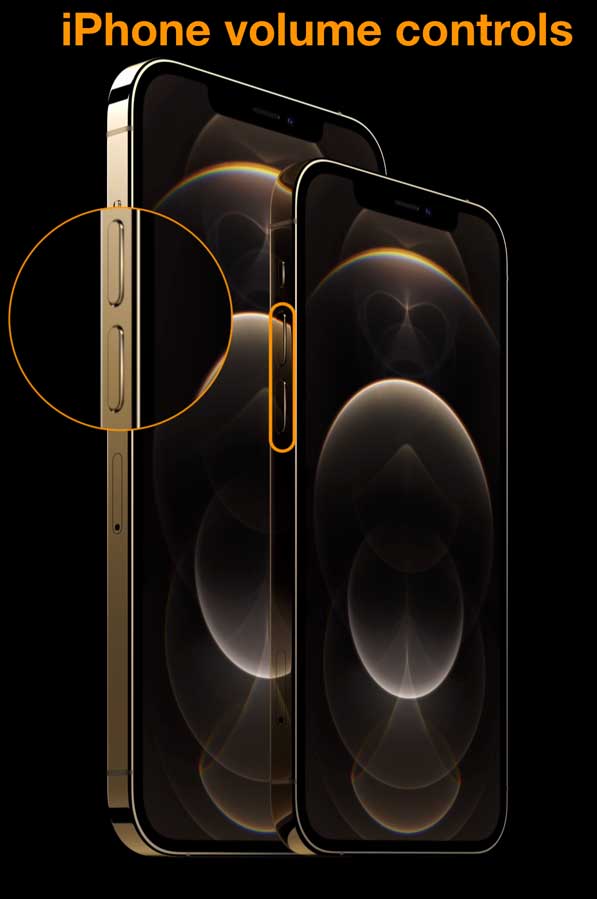 You can do this via Settings, but it requires you to lower Siri’s volume for everything.

There is no way to turn down Siri’s volume just for the Announce Messages feature. But we wish there was!

How to adjust Siri’s volume on your Apple Watch

Remember, any adjustments you make here are universal to all of Siri!

Using the Settings App on your Apple Watch > Tap on Siri and scroll down to the section after Voice Feedback and you find Voice Volume.

Tap on the speaker icons to control how loud Siri’s response is when you use Siri. 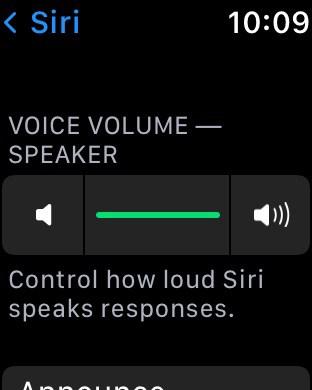 One other setting that is helpful for users who are sensitive to loud sounds, in general, is disabling loud sounds.

In order to do this,  open up the Settings app on your Apple Watch, tap on Sounds & Haptics and scroll down to the section HEADPHONE AUDIO.

Here you can tap on Reduce Loud Sounds. Enable this feature and by tapping on the speaker icon, calibrate it to the decibel levels that you want to use. 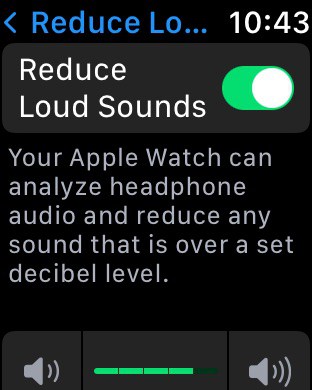 With the introduction of watchOS 7, Siri is faster in its response, and overall the performance when it comes to voice detection and response is many times better than what it used to be on watchOS 6.

The best way to try it out is by using on-device dictation!

If you are new to the Apple ecosystem and were using Spotify before for Music, Siri now works with Spotify!

We hope that you found this article helpful. Follow us for new tips, tricks, and tutorials for your wearables!

The combination of Tesla and wearable smartwatch in the same sentence is hard to imagine. Known for its best of breed electric vehicle portfolio,...

The 5 best cycling cadence sensors for your bike