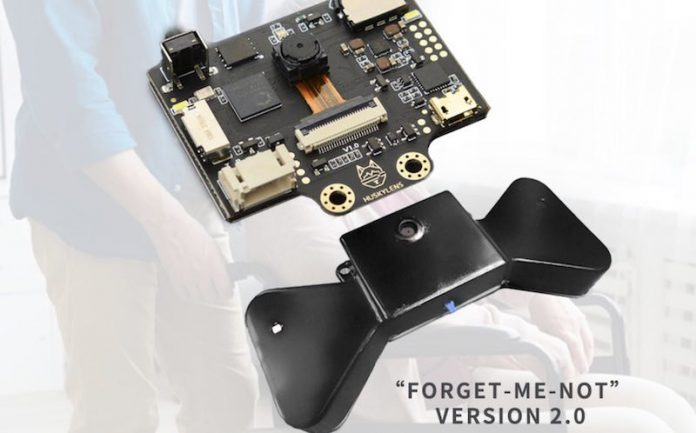 Lu Yuan, a Chinese teenager, invented an AI Wearable called the “forget-me-not” for his grandmother, who is in the early stage of Alzheimer’s disease.

Worldwide, approximately 46.8 million people are living with Alzheimer’s or other forms of dementia.

This novel AI Wearable, made from scratch by Lu, can help patients recognize their family members and guide them home through a built-in voice assistant.

The device uses the inexpensive Arduino Nano and is equipped with a built-in HuskyLens AI Vision Sensor developed by DFRobot, an ultraviolet sensor, MP3 module, and uses Mind+ for programming.

The built-in HuskyLens in the AI Wearable is an easy-to-use AI vision sensor. It adopts the built-in machine learning technology which can identify human faces.

With a simple click, HuskyLens can finish the AI training and start to learn and recognize the new face. Engineered with a built-in UART or I2C interface, HuskyLens can seamlessly dock with Arduino Nano.

If the AI Wearable recognizes it is a recorded face, it will control the MP3 module and tell the Alzheimer’s patients through the earpiece whom they are talking to, along with other bits of contextual information.

UV Sensor on the wearable can sense the intensity of ultraviolet rays and tell Alzheimer’s patients whether they are indoors or outdoors.

It’s prevalent for a person living with dementia to wander or become lost or confused about their location, and it can happen at any stage of the disease.

If the AD patients are outdoors for 20 minutes or longer, the AI Wearable will remind them to go back home and play home addresses simultaneously.

Lu started programming when he was a fourth-grader. Lu’s latest heart-warming invention has become a hit on Chinese social media, and hopes this invention helps more Alzheimer’s patients in the future.

Large tech companies such as Apple are also looking into the area of Dementia detection and management.

Last year, Eli Lilly, Evidation Health, and Apple had released initial results from a feasibility study that reveals an iPhone, Apple Watch, iPad, and the Beddit sleep monitoring device, in combination with digital apps, may be able to differentiate people with mild cognitive impairment (MCI) and mild Alzheimer’s disease dementia.

The exploratory results were presented at the Association for Computing Machinery’s KDD conference in Anchorage and published on the conference website.

Apple is also working with Biogen and others to understand digital biomarkers that can help with Dementia detection.

The availability of open-source AI platforms and inexpensive processors such as the Arduino Nano facilitates some very creative inventions in digital health, such as this one from Lu Yuan for his grandmother. 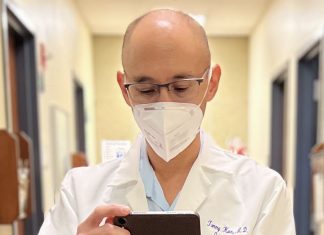 The mega-powered mini-sized new iPad Mini is finding a lot of takers in the healthcare industry. The Powerful A15 Bionic chip with support for...

Apple Watch gets approval in South Korea for ECG feature