The Dexcom G6 is no doubt one of the most useful gadgets for monitoring glucose levels. But, just like any other modern piece of technology, it also has a few shortcomings that can come up when something goes wrong – which is what we call common Dexcom errors.

While there are plenty of things that can go wrong, there are only about 5 issues that tend to come up often. That is why we decided to list only those for now, and, if you need help with anything else, feel free to let us know about it in the comments section down below.

With that out of the way, let us get right into it!

The Dexcom G6 can automatically alert you in case that glucose levels fall at an unacceptably low level. However, there are plenty of reasons why it can also throw a false alarm.

More often than not, this seems to happen when the user is asleep. So, we can safely assume that it’s a compression issue where you’re sort of pushing down on the device and it pushes on to a muscle. 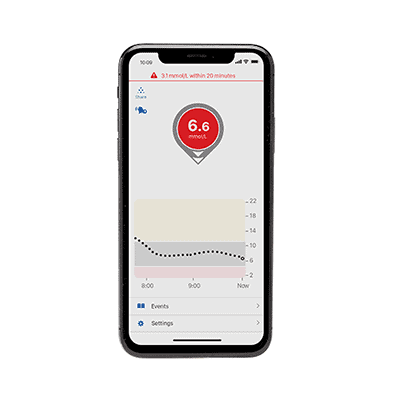 So, the easiest fix to that is to just not lay on it if you can. If not, you could also simply turn off the alarms for the night by disabling Bluetooth, muting your phone with headphones, or anything that’s going to mute the alarm for the night.

Another common reason why this happens is due to medication. Certain meds can mess with the intestinal fluids and create both false lows and false highs. So, pay attention to when the false alarm comes up and when you’re taking your meds. In that sense, it’s not even a false alarm. But, ask a professional if you can – just to be safe.

Working out or dehydration can also temporarily affect your glucose levels – particularly when the Dexcom is too close to an area where more glucose is being burned. That’s normal.

Other than that, it can also happen due to a bad fit, bad calibration, bad insertion, or generally a bad setup. In which case, all you can do is re-install it and make sure that everything was set-up correctly.

Last, but not least, there’s always a small chance that you either got a defective unit or that it got damaged somewhere along the way. If it comes down to that, all you can do is contact tech support.

Not getting any readings for quite some time is one of the most common Dexcom errors. If you don’t get anything for at least 20 minutes, there is a good chance that there’s something either wrong with the setup or a technical issue.

More often than not, this happens due to either long distances or objects that block the signal. See, Bluetooth isn’t the best when it comes to range. You are generally not going to be able to get too far away from your smartphone, smartwatch, or any other device that connects to the Dexcom without losing the signal. So, if that’s what is going on, just wait until your device reconnects to Dexcom or force disable and enable Bluetooth to manually reconnect.

One more common reason that creates this issue is water. It can sometimes happen when you are taking a shower or go for a swim.

This can also happen during sleep if you are laying on the device and putting pressure on to it.

So, generally, make sure that you’re not too far away from your device and there’s no water involved – and also try not to lay on the Dexcom while sleeping.

Check out the adhesive patch that you are using with your Dexcom G6 sensor. Here are some of the good Dexcom patches available from Amazon.

Worst case scenario, try setting up everything from scratch and keep in mind that re-connection and sync can take as long as 3 hours. If nothing works, call 1-844-607-8398 (Dexcom’s tech support) and see if they can do anything about it. There is always a chance that it’s a technical defect.

Dexcom uses Bluetooth to connect with your device. In case you’re not familiar with it, Bluetooth is a wireless technology that’s meant to work in a close-range proximity. And “close-range” is the keyword here cause one of the most common Dexcom errors is signal loss due to long range connectivity.

A Dexcom G6, or any other Bluetooth device, can only stay connected up to a certain range and can only withstand so many objects before losing the signal. So, more often than not, the Dexcom signal loss issue is nothing more than you being too far away from your phone/watch or there are too many objects like furniture, walls, or anything like that.

If you’re in close proximity with your device and you still end up losing the signal, it could be due to water after taking a bath or a dip to the sea. Sometimes, laying on top of the sensor while sleeping can also create this issue. But, more often than not,you’re going to get a false-low reading.

Some common fixes include:

Last, but not least, if nothing works, there is a small chance that you’re dealing with a technical issue. In which case, we’d highly recommend communicating with the Dexcom tech support at 1-844-607-8398.

One of the most common Dexcom errors isn’t even on Dexcom but on its app. To be more specific, in the Dexcom G6 app. It’s no surprise that it has an average rating of 2.5/5.

Sometimes it may stop sending notifications or refuse to connect even when there is nothing wrong with Dexcom itself. And the most common fix to such issue is the most common one, “Have you tried turning it off and on?”

You can either try restarting the app on its own or you can also reboot the smartphone as it is. Alternatively, the last resort is clearing the data off the app. To do that on (stock) Android:

This is going go wipe everything off the app. So, it’s basically going to be like installing it for the first time. Re-installing it isn’t the same cause the data usually remains even after uninstalling the app. But you could try that as well, if you want to.

If you’re on iOS, chances are you won’t have to do anything since it’s a proprietary OS and there’s not as much room for mistakes.

The “sensor error’ is no doubt one of the most common Dexcom errors. And we’ve got both good news and bad news regarding that subject. 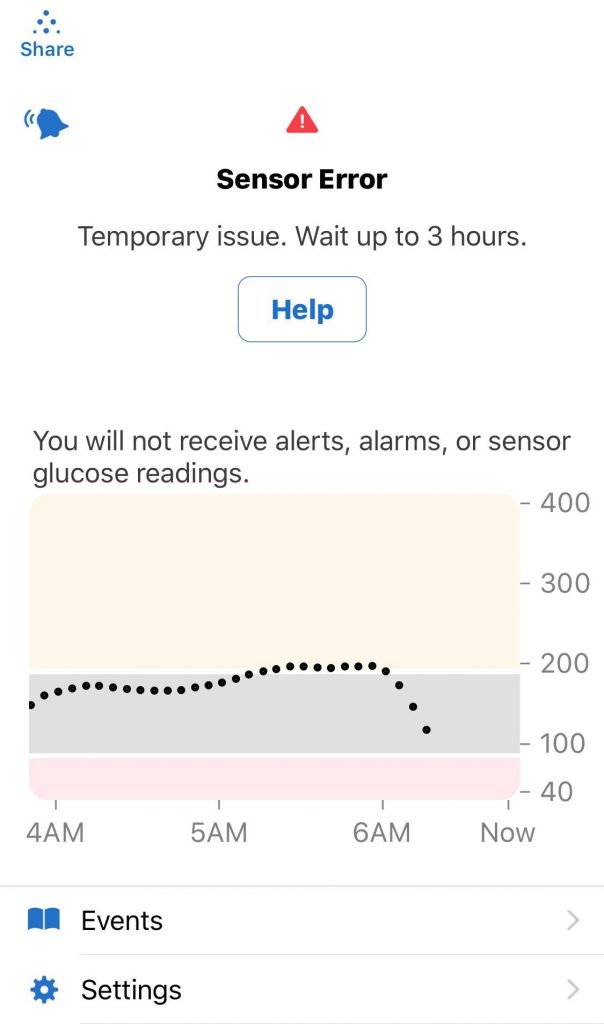 The good news is that more often than not, you can fix this for free. The bad news is that since this seems to be directly related to the physical sensor, you’ll have to ask Dexcom for a physical transmitter/sensor.

Pick up the SKIN GRIP Dexcom G6 adhesive, waterproof patches and extend your sensor life by more than 10+ days. 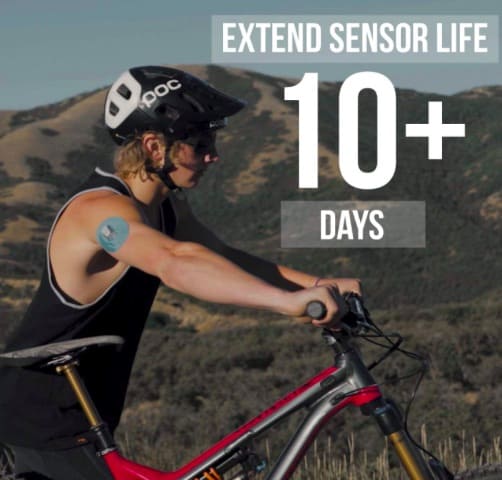 This problem seems to come up when the blood sugar rises above a specific threshold – and the exact threshold can greatly differ from sensor to sensor.

We’ve yet to see a software fix for this. So, all you can really do here is call Dexcom and hope that they’ll agree to a solution.

These are some of the most common Dexcom issues and what you can do about them. Before closing off, here are some endnotes to further help you:

And that’s about it for now. If you need anything else, feel free to drop a comment and maybe the MyHealthyApple team will come back to you as soon as possible.

Also, if you liked this article, feel free to stick around for more health news, gadget reviews, how-to guides, and more like this.

Noticed a new tab in your Fitbit app's Today panel or received a notification from Fitbit that asks you to "Get in Your Zone?"...