Vietnam is emerging as a major manufacturing/assembly hub for many large consumer technology companies. Samsung already manufactures half of its handsets in Vietnam today.

We have also seen numerous reports of Apple shifting some of its AirPods as well as the rumored AirPods Studio production lines to Vietnam.

Apple is evaluating setting up an iPhone assembly line in Vietnam

According to local reports filed this month, a team representing Apple’s group toured the existing facilities of Luxshare-ICT Vietnam Co.

According to Mr. Tang Due Bang, Foreign Affairs Manager of Luxshare-ICT, a prominent leader of Apple Group repeatedly went to its factory in Van Trung Industrial Park (Viet Yen district) to check the conditions of manufacturing iPhone phones.

“The Apple side continually surveyed the workshop of Luxshare -ICT Vietnam Company in Bac Giang on Iphone production conditions. Apple Corporation is impressed by the speed at which our fast (3-month) facility is built here.

At the same time, through practical research, Apple highly appreciates the potential in Bac Giang province and hard-working workers, ” said Mr Bang to reporter Tien Phong, during an interview this month on August 3rd’ 2020.

The factory in Van Trung Industrial Park (about 30 hectares) was built by the company at a fast pace; completed in 5 months due to Apple’s request.

Apple Group also required that the company build dormitories for workers near the workplace as per Mr. Bang.

So Why has Apple not yet launched the new production line for its iPhones in Vietnam?

“The Apple side comes to carefully check the welfare and safety of workers and put this issue first, especially near the production site. If there is a dormitory for workers, the employees do not have to spend a lot of living expenses and are equipped with air conditioner, water heater, washing machine, all provided in the room by Luxshare Company – ICT Vietnam.”, said Mr. Bang.

According to Mr. Bang, currently, Luxshare -ICT Vietnam Company in Bac Giang has not yet met Apple’s requirements on welfare, dormitories for workers, so when the company can meet these requirements, then Apple will launch iPhone production plans here.

Currently, the workshop of Luxshare -ICT Vietnam Company in Van Trung Industrial Park produces wireless headphones and also makes smartwatches for Apple according to the source.

We believe as per widely circulated reports that Apple is currently manufacturing the AirPods as well as the new AirPods Studio units here.

Recently, Hong Hai Group (one of the major iPhone manufacturing partners for Apple) sent a petition to the Government Office, Ministry of Construction, Ministry of Planning and Investment on the construction of 3 housing projects for workers.

Apple has gradually formed a more complete acoustics supply chain in north Vietnam, where the Cupertino, Calif., tech giant has long sourced its traditional EarPods — the wired headphones that come with iPhones — from multiple suppliers’ factories there.

According to Nikkei, Many Apple suppliers, such as the two major iPhone builders Foxconn and Pegatron, and iPad maker Compal Electronics, are all expanding production in north Vietnam even though they are not necessarily helping make Apple products there at the moment. Many are currently helping other tech companies, such as Google and Amazon diversify production.

It is clear that Apple is actively pursuing strategies to mitigate supply chain concentration risks by exploring Vietnam, India, and other destinations for assembling their products.

What is more important is that Apple is careful to uphold its value system and is actually pushing for the improvement of Worker’s living standards and other elements before committing to any large CapEx outlays in Vietnam.

During the COVID-19 crisis, when priorities and values tend to get mixed up, it’s heartening to see the Cupertino giant live up to its values! 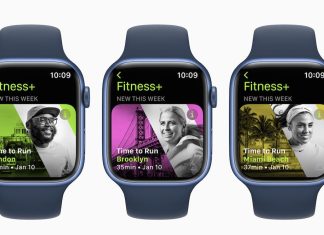 With the start of this new year, Apple has announced that it is introducing new ways to motivate people towards their fitness goals with...