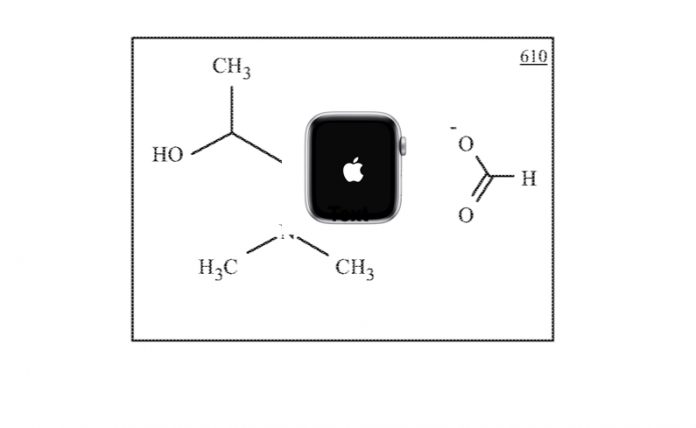 Apple’s thinking around a pioneering way to explore sensors came to light with the release of a newly approved patent this week.

The technology describes an ionic liquid sensor in a portable communication device such as an Apple Watch, which can be tuned for sensing a smell associated with a chemical species.

The processing circuit further includes an artificial intelligence engine to enhance the smell recognition capabilities of the device.

What is the purpose of this odor sensor technology?

Smart portable communication devices today (e.g., smartphones and smartwatches) can interact with the user through some of the human senses such as vision, hearing, and touch.

There are electronic devices that can detect an analyte in fluids (e.g., liquids, gases, and vapors) with the help of pattern-recognition.

However, there are no portable communication devices that can mimic users’ senses for smell and taste.

The ability to smell various flavors when combined, for example, with photo recognition can open a new horizon to smart device applications.

The new applications may be in a number of areas including health, safety, security, networking, and other areas as per the patent.

For example, in the health and safety areas, a smell-enabled (e.g., e-nose) smart communication device may be able to alert users about dangerous levels of gases such as carbon monoxide, natural gas and other toxic and/or hazardous gases, or measure compounds in human sweat and alert the user about his sugar levels. 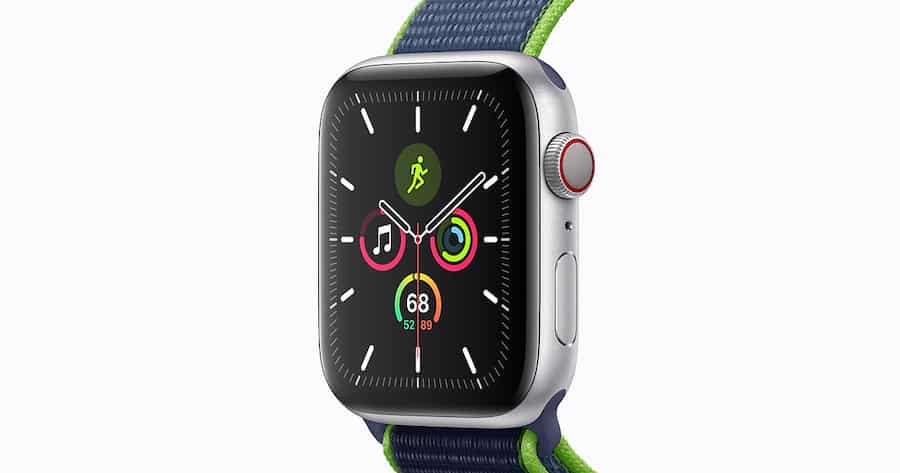 How would the odor sensor technology work?

Portable devices such as the Apple Watch will have embedded ionic liquid sensors.

Each ionic liquid sensor is contained in an enclosure formed by micro-electro-mechanical system (MEMS) structural elements and a surface of a semiconductor chip including the processing circuit.

The ionic liquid-based sensors are the key

They have been used in the detection of illegal compounds such as Fentanyl in the past.

The enclosure further includes an air-permeable layer that covers the MEMS structural elements.

The idea is to make each sensor out of different ionic liquid material with a different absorption coefficient so it can be used for detection for various flavors/odors. 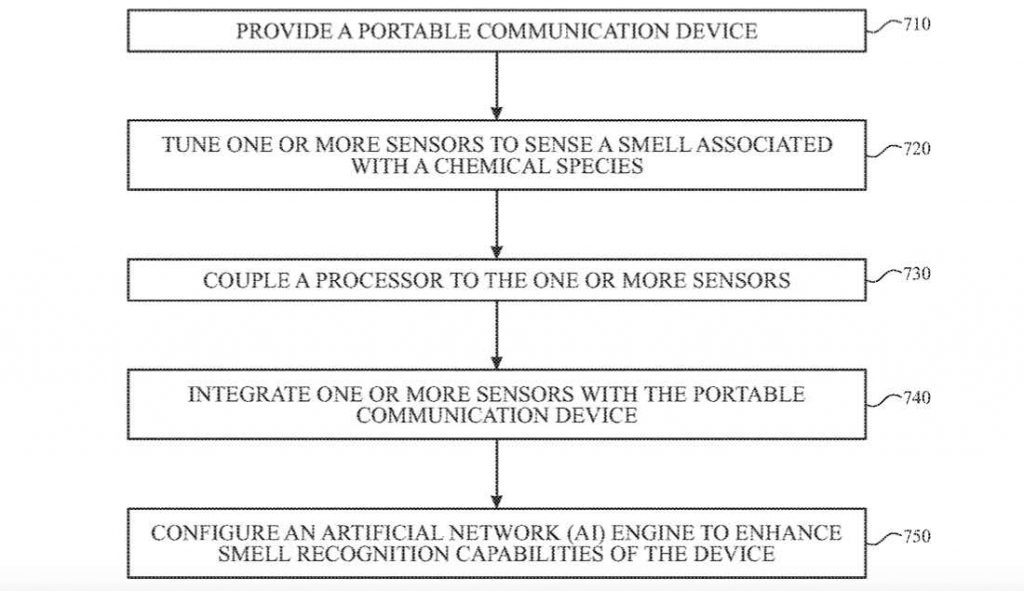 The processing circuit further comprises an analog multiplexer, a low pass filter, and an analog-to-digital converter (ADC) and a digital signal processing circuit to preprocess the output signals from one or more sensors for analysis by the artificial intelligence engine.

The artificial intelligence engine is configured to enhance the smell recognition capabilities of the device based on smell information stored in a memory.

The smell information stored in the memory is associated with a number of applications including at least one of aviation safety, hazardous gas detection, spoiled food material detection, blood sugar, body odor detection, and other health applications.

In Summary, the area of exploring odor sensing using ionic sensors is not new. It has been used by researchers in other applications.

What is interesting here is that Apple is thinking of embedding the technology into portable devices such as the Apple Watch or the iPhone in the future. 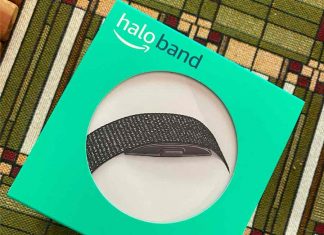 In continuing with the theme of featuring fit celebrities and sports stars, Amazon Halo has collaborated with Halle Berry to offer re-spin by Halle...

Does your Fitbit screen shut off too fast? Change this one thing