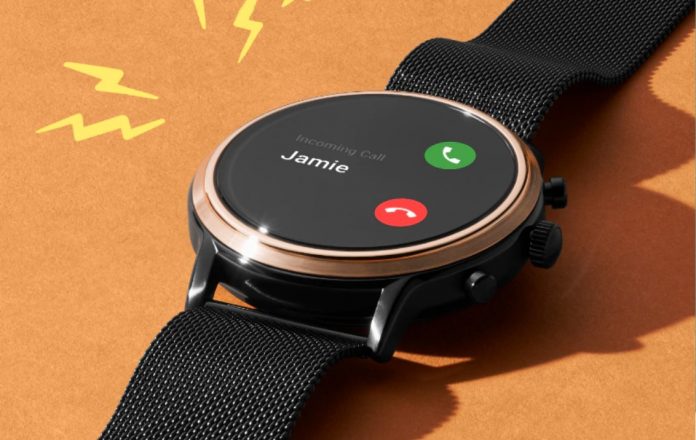 According to conversations between Fossil tech support and a Gen 5 customer, revealed on Reddit yesterday, Fossil will be releasing the new Gen 6 Smartwatch in July this year.

Fossil fans and industry analysts are hoping for a better upgrade this year since Fossil did not update the Gen 5 model in 2020.

Fossil Gen 6 images and specs were leaked this morning by WinFuture.de.

According to WinFuture.de’s info, the Gen 6 smartwatches will have a brighter 1.28-inch OLED display with a resolution of 416×416, compared to the AMOLED display on the Gen 5.

As expected the new watch will have the Snapdragon Wear 4100+ processor, along with 8GB of storage.

The battery life is expected to last up to 24 hours, and it should take about an hour to charge the watch fully. ( This is an area where the watch falls short severely, given that the new Samsung Galaxy Watch 4 provides up to 40 hrs of battery performance)

The Fossil Gen 6 will be available in two sizes; 42mm and 44mm according to the information revealed by the leaker.

We are expecting the new Fossil watches by the fall time.

Earlier details were posted on the r/wearOS sub. 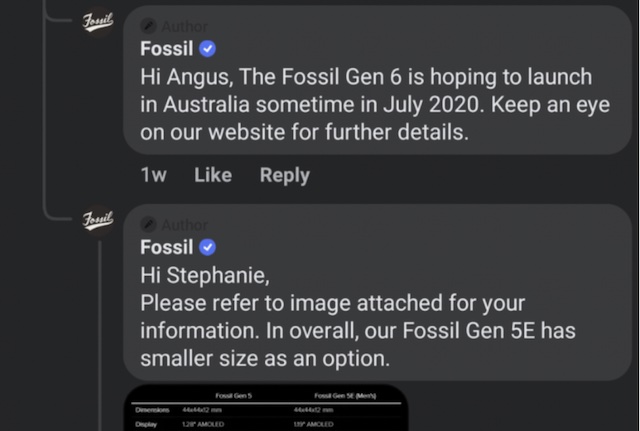 Fossil Gen 6 Smartwatch, here’s what you can expect

Although it’s unclear as to what might be included in the new Gen 6 update from Fossil, based on rumors, we can speculate the following:

We will be closely following the Google I/O update coming up in May to see if Google sheds more light on the direction and advancements for wearOS.

As a Fossil user, are you planning to upgrade to the new Gen 6? What are some of the key considerations that you will be using to decide in favor of an upgrade? We would love to hear from you.

One of the coolest things about smartwatches with onboard offline music storage is that we can easily use them without smartphones AND without an...