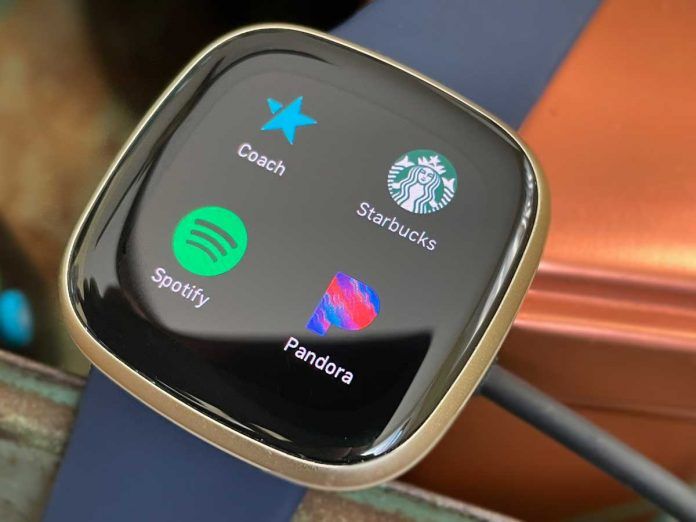 One of the coolest things about premium smartwatches is that they can do most of the things smartphones can do – including playing music.

If you’re trying to learn how to add music to your Fitbit Versa, Sense, or other Fitbit smartwatch, this is the article that you’ve been looking for!

There are several ways to go about it, and both have pros and cons. So, without any further ado, let us get right into it!

Ways to Add Music to Fitbit’s

There are mainly two ways to add music to your Fitbit Sense or Versa smartwatch:

Only Pandora and Deezer can play from your Fitbit Sense or Versa 3 without your phone.

So, if you want a streaming service for both your watch and phone, you may have to switch to one of the alternative options.

There are plenty of streaming apps to choose from for Fitbit Versa watches.

Thus far, Deezer and Pandora are the only ones worth mentioning that can handle streaming or downloading offline music.

Here are a few more details about them.

Before you start, make sure you connect a Bluetooth speaker or headphones to your Fitbit so you can listen to your music.

Deezer is very similar to Spotify, with the main difference being that it works on Fitbit Versa watches independently. You don’t need to have your smartphone with you.

It also offers a HiFi edition for audiophiles who want lossless audio while the app is available on all popular platforms. This includes Fitbit watches, Android, iOS, Mac, and Windows. 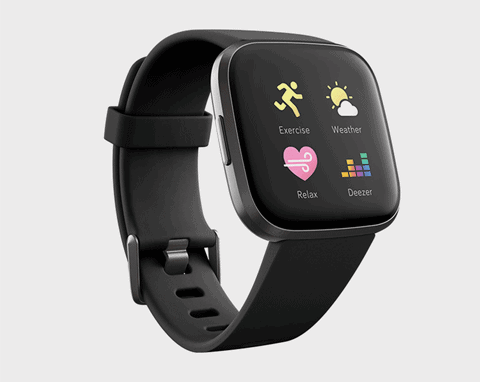 It comes with a free trial of 30 days (90 for Fitbit devices). So, the least that you can do is give it a try. After that, you’ll have to pay a monthly subscription of:

Using it is as simple as any other music streaming service.

All you have to do is open it and select the songs you want to listen to. And there is also the option of downloading songs for offline access.

It would help if you had a paid subscription to Deezer and a Wi-Fi connection to download music. Also, activate your Deezer account first before trying to download any music to your Fitbit.

A great alternative to Deezer is Pandora. It mostly seems to be made for workouts, and, in a way, the same applies to Deezer. What matters is that they both get the job done at the end of the day.

Unlike Deezer, Pandora only offers a 30-day trial. And don’t forget that it’s currently only available in the U.S. 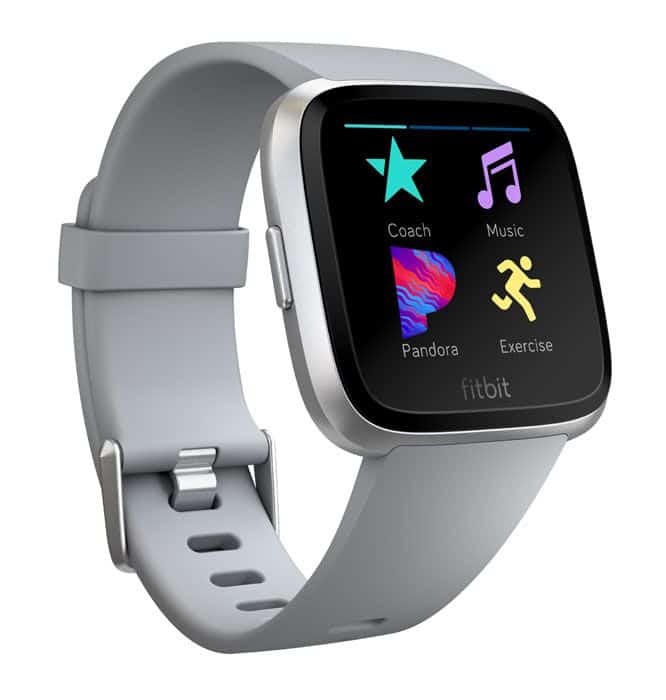 This feature is only available to Pandora Plus, Pandora Premium, or Premium Family subscribers.

In terms of monthly subscriptions, you can look forward to:

Using Pandora is as easy as with any other streaming app. Just make an account, log in, and start playing music.

The Pandora app is available to Fitbit models: Ionic, Sense series, and Versa series in the United States, who also have a paid subscription to Pandora.

With Pandora, you can either automatically sync up to 3 of your most-played Pandora stations or choose Pandora’s curated Workout stations to download to your Fitbit.

If you use Thumbprint Radio, it also downloads regardless of which option you choose.

You cannot download music from Pandora to a Fitbit Versa Lite.

Want to remove or change Pandora stations on your Fitbit?

Spotify is undoubtedly one of the most popular streaming services, if not the most popular. You can use it to find almost every song and artist out there. So, consider checking it out.

The Spotify app doesn’t support playing music offline, so you must use your paired phone to connect to the internet. 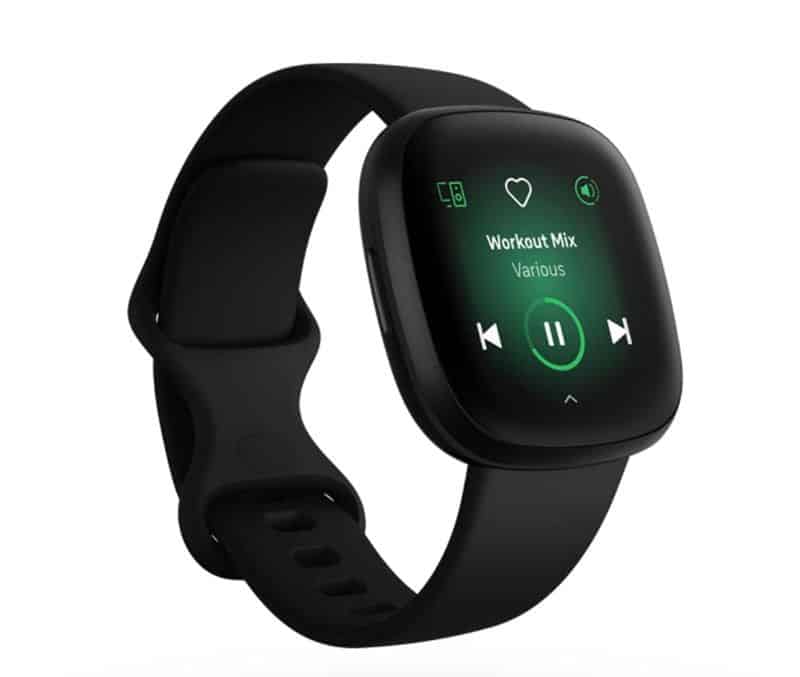 Remember that while Spotify can be used for free on other platforms with ads, only premium users can stream music on Fitbit smartwatches.

Fitbit’s Spotify app allows you to control the music playing on the Spotify app on your phone or other devices. You can also like songs and switch between playlists.

That may change with a future update. But, as of early 2021, you still can’t use Spotify offline on Fitbit devices.

If you use an older Fitbit smartwatch, like the Versa 2, Versa, or Ionic, we highly recommend using the Music app to download songs directly onto your device. 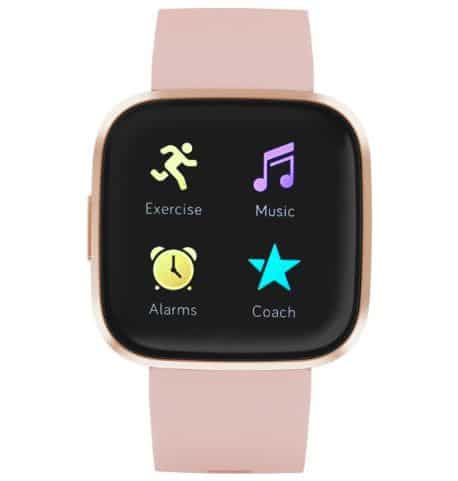 With Fitbit’s Music app, you can download, store, and play several hours of music and podcasts directly on your watch.

Some of you may have DRM-free songs from your Mac’s Music app, iTunes, and other platforms that don’t restrict you to their service.

So, if you only wish to access these songs, you don’t need to subscribe to a monthly streaming service. You can transfer whatever you already own.

To download music to your Fitbit, you must first create at least one playlist of songs in your computer’s Music app that you then download to your Fitbit.

If you use iTunes, check this setting in iTunes: Edit > Preferences > Advanced > Share iTunes Library XML with other applications > OK.

At this point, it’s worth noting that Fitbit devices only support MP3, MP4, AAC, and WMA files. We assume that lossless formats such as FLAC will possibly not be compatible.

Fitbit Connect not finding your playlists?

If you store your music outside your computer’s Music folder, you need to tell Fitbit Connect where to search.

How to delete your playlists on your Fitbit using Fitbit Connect

How to delete all your music from your Fitbit

And that’s how you add music on a Fitbit Versa series or Sense series watch. To put it in a nutshell, here are all the methods you can use:

And if you don’t mind taking your phone with you at all times, there’s also the Spotify app, which is more remote than a streaming service on Fitbit watches.

That’s all for now. Please let us know in the comments section if you want to add anything else or ask any questions. 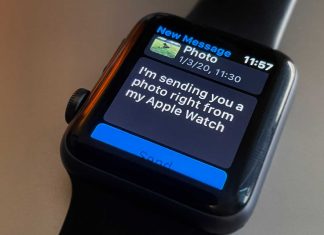 There's some great news for folks that love their Apple Watches; we can now share and send pictures directly from the watch without needing...

How to Use Strava with Fitbit

The Apple Watch Ultra is a new flagship model inspired by explorers and athletes worldwide and designed for new and extreme athletes. The Apple...