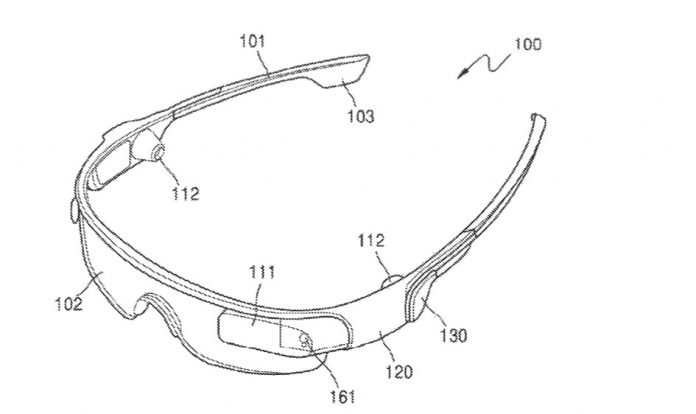 This has been a year of shadow developments for the SmartGlass product category. North was bought out by Google. Apple’s rumored Smartglass has been a hot topic of discussion this year. It appears that Samsung has also joined the game.

As per a patent that was approved on July 28th, Samsung provides some details around its thinking behind a smartglass type wearable. This Samsung patent as filed on Oct’ 15, 2019 making it a relatively new invention to have been approved.

There are three major sub-components to the Samsung design. a) The built in sensing circuit will be used for movement detection meaning it would be able to track your activity. b) The communication interface is primarily responsible for handling notifications and related communication and lastly the display and memory units on the smart glasses are able to layer the information onto the display.

According to it, the smartglasses will be able to handle notification events that could be any one of the following:

The content provided by these smartglass notifications could be in the form of augmented reality (AR), mixed reality (MR) or virtual reality (VR).

The movement sensor or built-in gyroscope/accelerometer is used to determine if the user is in motion. Smartglasses will only be able to pipe in A/R or other content only when the user is not moving in order to avoid dangerous situations.

The input could also be a combination of touch input and an eyeball input of a user. An eyeball input refers to a user input for adjusting eye blinking, gaze positions, an eyeball movement speed or the like to control the wearable glass.

Interestingly, the Samsung smart glass design in this latest patent looks very much like the old Google smart glasses that failed. From a looks perspective, the best design was that of the Focals by North.

It is becoming clear that smartglasses as intelligent wearables will be here very soon. It is not a matter of if but only a matter of time before we can see our medical reminders and health related notifications directly on our smartglasses and walk through some of the reports or notifications, as Samsung calls it, via a tele monitoring setup with our doctor.

The current pandemic has transformed how we interact with our physicians as well as how the quantity and quality of medical information we consume...