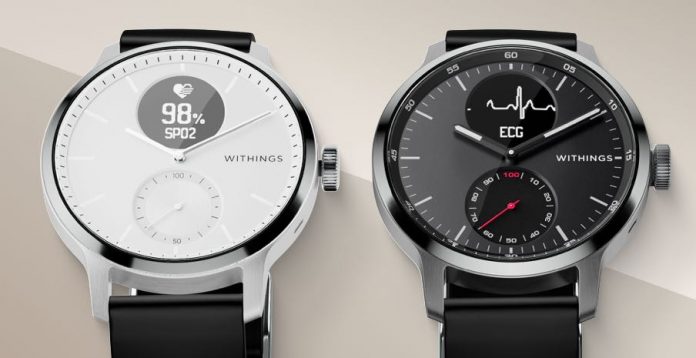 A latest study has discovered that smartwatches have limited capabilities when it comes to detecting sleep disturbances.

The study led by a group of researchers from the Center of Sleep Medicine in Switzerland has found that the level of Oxygen Desaturation (OD) measured from the arm is 2-3% lower than the values obtained from fingertips.

Under specific circumstances and from the perspective of medical personnel, that is something to be concerned about if smartwatches are the determinants of standard biometric data. Hence, in the case of measuring sleep apnea or sleep disturbances, the difference of 2-3% is phenomenal.

What is Sleep Apnea and its relation to oxygen saturation?

To understand why, it is imperative to understand what sleep apnea is and how it occurs. There are primarily three types of sleep apnea prevalent among the 9-35% of the American population that suffer from this disorder.

First, there is Obstructive sleep apnea that occurs directly as a result of the throat muscles being relaxed during deep sleep. As the muscles at the back of the throat relax, the airways become obstructed with less air flowing in.

This can result in the drop of oxygen level in the blood (Oxygen Desaturation) and the brain awakens the individual from deep slumber. Such obstruction in normal airflow and awareness can cause sleep disturbances and in advanced cases, if the individual does not wake up; this may even result in death as a result of oxygen deprivation.

Next comes the Central sleep apnea, where the brain is unable to propagate essential signals to the muscles that attribute to normal breathing in the body.

Once again this results in Oxygen Desaturation (OD) and the individual is prone to waking up. Failing to do so ultimately results in death. However, under rare circumstances, individuals can also suffer from both of these states of sleep apnea; which is also termed as Complex sleep apnea.

Hence, it is very important to measure the oxygen saturation levels when somebody is sleeping, as failure to do so may have detrimental consequences in terms of physical and mental well-being.

In the study described above, the researchers had used products from prominent smart-watch brands like Fitbit, Garmin, etc. and armbands from Humon, Moxy, Portamon and various other prototypes. One caveat to this as the researchers point out is that they have used older wearables and not the latest ones for the study.

Detecting sleep apnea in which there is a complete lack of breathing is an easier task than figuring out a drop in the oxygen level. There are sensors that can monitor breathing frequencies and hence that becomes a much easier job. However, sleep hypo-apnea; during which, there is a greater than 30 percent drop in the airflow for more than 10 seconds is more difficult to measure. This is more important to take in consideration because this is what ultimately leads to oxygen desaturation in the blood.

However, smart-watches that measure oxygen desaturation relies on data from smaller blood vessels like arterioles, venules and capillaries. This data is negatively influenced by the blood circulating within the veins in the arm, which carries deoxygenated blood by default. Hence, the data thus obtained is unreliable.

This is how smart-watches fail to deliver an accurate result for sudden drops in the blood oxygen level, as the interference from the deoxygenated blood in the veins results in false negatives for Obstructive sleep apnea.

That is why, SpO2 levels or in simpler terms, peripheral capillary oxygen saturation levels become vital in determining the true levels of oxygen desaturation in blood. When measuring a 30% drop in the airflow, it is also imperative to note the SpO2 levels, and the combined data gives a clearer picture of whether there is an actual drop in the blood-oxygen level.

Since these data are constantly interrupted as a result of the venous flow, SpO2 data from the fingertips can be the ultimate solution.

The venous flow in the fingertips is limited by the ubiquitous and unobstructed presence of numerous capillaries and hence they are more suitable for the detection of Oxygen Desaturation (OD). Products such as Oura ring and CIRCUL ring use this feature of the fingertips as a means to detecting variable respiratory and heart rate.

The infrared light emitted, can easily penetrate the skin and the sensors can readily monitor changes in heart or respiratory rates.

Since the Oura ring is able to achieve that, this can provide a more accurate representation of the SpO2 data, which is more reliable. Furthermore. Oura has been actively engaged in this space. It recently acquired two patents from Hancock Medical to pursue novel approaches for sleep apnea detection. 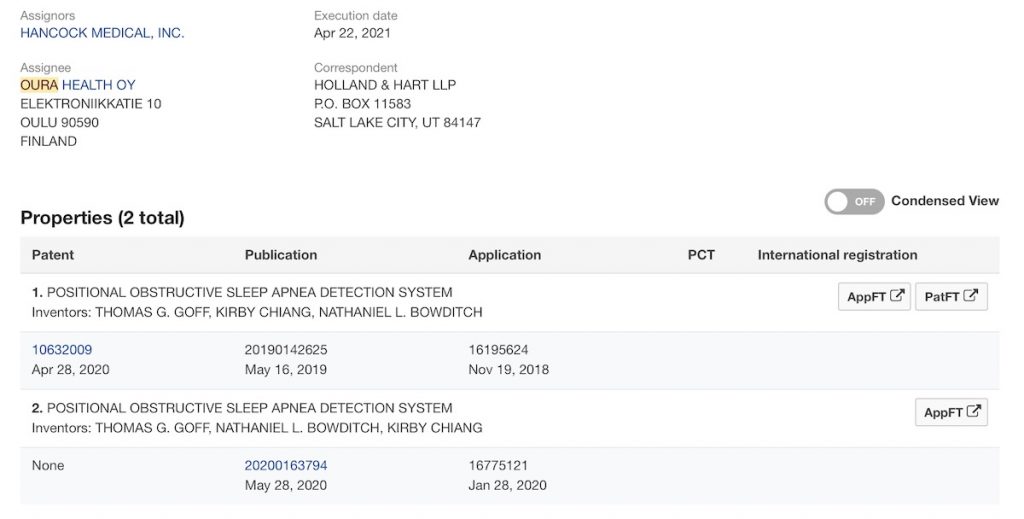 Although Withings Scanwatch and Fitbit have tried to incorporate sleep apnea detection features in their products, they are still awaiting FDA approval.

This has resulted in a paradigm shift among the engineers employed by Fitbit and they are trying to come up with a ring-like wearable that can measure SpO2 from the fingertips. Since the ring-like wearable products can pick up data from minute capillaries, this can also provide real time blood pressure measures that would be more accurate than smart-watch based products. Valencell is already working towards obtaining regulatory certification for blood pressure measurement via finger-based or ear-based sensors. 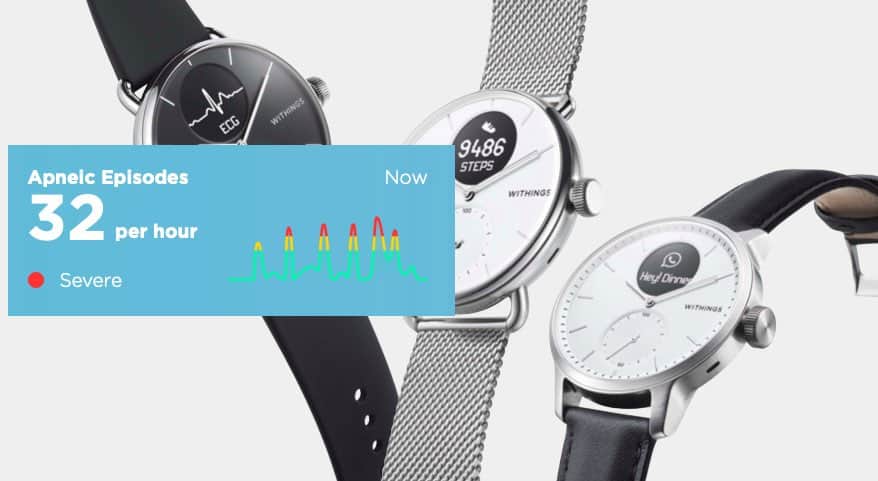 Smartrings are better equipped for this

A major reason why companies like Apple, Fitbit or Withings have been unable to come up with such precise revolutionary feature in wearable products is because they rely on “surrogate markers” that can determine the basal frequency of certain physical events; for instance, breathing. Thus, relying on markers that do not actually measure SpO2 levels or real-time Oxygen Desaturation is a prime cause why Oura is ahead of the pack in terms of sleep apnea detection and monitoring real-time sleep disturbances.

However, the future looks brighter than before for Fitbit and Withings. Fitbit has already filed a patent that deals with a ring-shaped wearable which can detect anomalies or compile biometric data using a photodetector. The patent exclusively points out SpO2 detectors and a motion sensor that could also attribute to the monitoring of features like blood pressure, heart rate, sleep activity/disturbances, and lung capacity.

Although the concept of “reflected light” being used to analyze Oxygen Desaturation/ heart rate is another example of implementing data extraction from a surrogate marker, it is still deemed to be more accurate than smartwatches that acquire data from the arm.

The ring would function just like a clinical pulse oximeter and promises to deliver more in the upcoming future. However, one thing to keep in mind is that the patent talks about software algorithms to analyze the difference between light intensities from the photo detector, to give out a generalized reading for sleep apnea or Oxygen Desaturation levels.

Once again, only time will tell how surrogate markers in Fitbit ring could perform in detection of such intricate measures when considering sleep hypoapnea.

Withings has already come up with a sleep analyzer in the recent past. However, there are also rumors that Withings wish to delve into the realm of smart ring-based wearable products that would compete against similar products being offered by Fitbit in the near future.

Although the analyzer claims to detect sleep apnea, it has not yet been certified by the FDA. However, it has received the CE marking for European markets and hence if the rumors are correct, Withings may already be far ahead of Apple, Fitbit and Garmin in terms of announcing a wearable that can detect sleep apnea.

In summary, monitoring sleep apnea; specifically, hypopnea is no small feat unless embedded sensors in smartwatches can be improved. It requires sophistication and current technology based on smartwatches is probably inadequate to provide a tangible, yet accurate representation of sleep apnea or sleep disturbances. 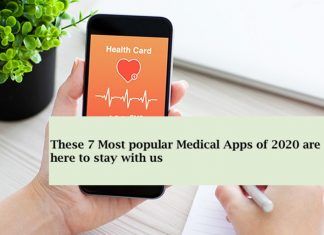 The current pandemic has transformed how we interact with our physicians and how the quantity and quality of medical information we consume using our...

Dictation mic and scribble pad missing on Apple Watch? Here’s how to get it back

How to check your Strava Weekly totals after the latest update

Peloton: The best Power Tray Tables for your Indoor Trainer