Need or want to replace your Fitbit Sense or Versa’s wristband (Versa, Versa 2, Versa 3, or Versa Lite) but can’t figure out how exactly to remove the current band?

While Fitbit has always been pretty good about making life easier for those who want to customize their smartwatches, changing out your bands is not one of those “easy” things.

Although Fitbit introduced an updated system to change out the bands quickly, many owners still have difficulties. If that’s you, read on for best practices and tips to change your Fitbit Versa’s band.

How to change your Versa’s or Sense’s wristband

Through trial and error, we learned that the best way to change a Fitbit band is to place the Versa (or any Fitbit tracker or smartwatch) face down on a flat surface.

If you usually use reading glasses, we suggest you keep those on when changing bands–glasses definitely help see the band pins or buttons!

Your Fitbit Versa or Sense comes with two detachable bands–an upper (top) and a lower (bottom) band. Depending on the model, bands connect to the Fitbit pebble with a pin or a button.

You only need to replace the bottom band if you’re switching between the small and large bands for the same band style.

Before slapping on a new band, you’ll need to remove the old one. To do that, flip your Sense or Versa 3 upside down so that the charging pins and heart-rate monitors face you.

If you want to replace the entire band, repeat these steps for the band’s top section, too.

How to remove a wristband from your Fitbit Versa 2, Lite, or original Versa

First, flip your Versa upside down so that the charging pins and heart-rate monitors face up.

The catch in removing Fitbit wristbands is that you want to angle the band a bit so that the other end of the pin slides out. It may be frustrating at first, but it can be done by looking closely at the orientation.

How to replace a band on your Fitbit Versa or Sense

Now that your old band is gone, you are left with just the body and your new band.

For newer models like the Fitbit Sense and Versa 3

Replacing the band on these models is a lot easier than earlier models, like the Versa 2!

Before starting, clean the band’s ends and gently clean inside the groove where the band attaches to your Fitbit.

To attach a band to your Sense or Versa 3, push the band’s ends into the Fitbit pebbles end grooves until you hear a click and the band snaps into place. 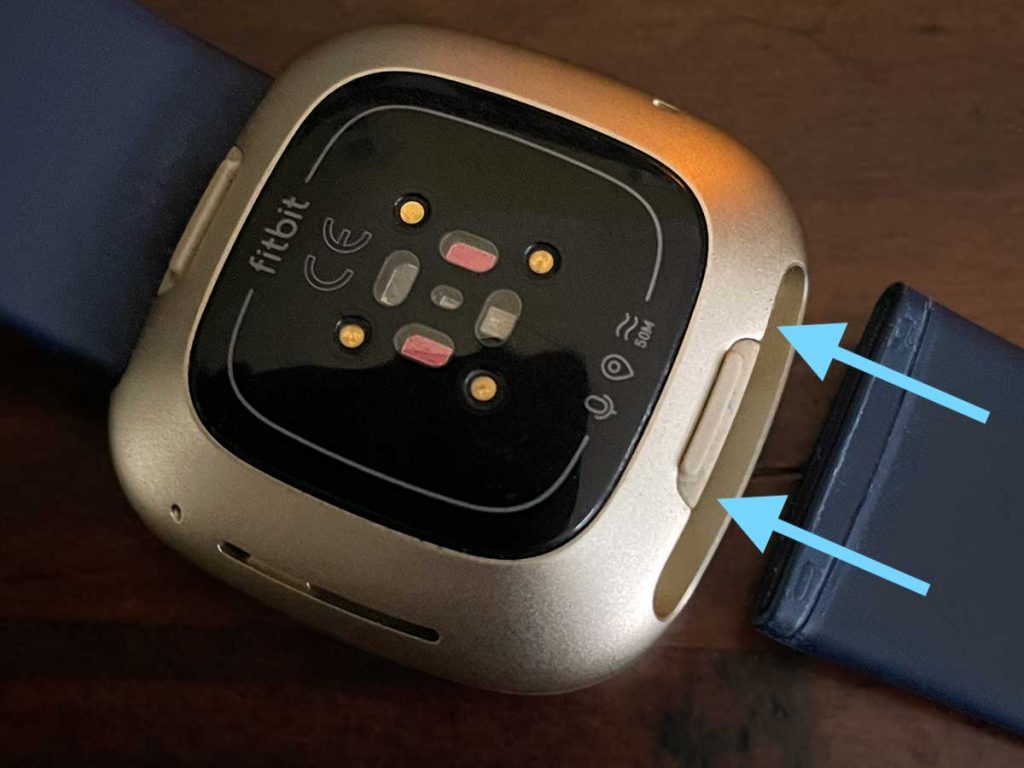 If you’re replacing the entire band, remember that the band with the loops attaches to the top of the watch. However, if preferred, you can switch this placement–both band ends will attach to either side of your Fitbit pebble.

Before starting, clean the band’s ends and gently clean inside the groove where the band attaches to your Fitbit.

Are you having more trouble replacing your Fitbit Versa’s band?

Take a look at Fitbit’s video on how to switch bands on your older model Fitbit Versa!

As we stated above, the Fitbit Versa is one of the best smartwatches on the market, and you really can’t go wrong. But we want to hear from you!

Let us know in the comments whether you decided to get a new band for your Versa and which one you chose. Also, if you have run into issues, don’t hesitate to leave us a comment, and we will be more than happy to help alleviate these issues!

Don’t like the bouncy blue musical note on your Samsung Galaxy watch? Get rid of it for good 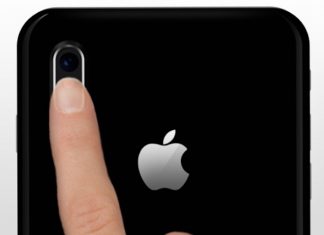 In a breakthrough study published this week in Nature journal, researchers have finally made a promising discovery. They can use Photoplethysmography (PPG) to perform...

Get fit with Apple Fitness+: a comprehensive guide

5 Best Smart Gadgets under $50 for your older vehicle

Fitbit not tracking sleep or is not accurate? Let’s fix it