Can your Fitbit cause skin irritation or rashes? Unfortunately, yes. Learn what I did to prevent my Fitbit from causing my skin to react.

As much as I love my Fitbit Inspire HR, I don’t like the rashes and skin irritations that the Fitbit band often causes.

After struggling with this issue, I’ve learned a lot about how to keep your arms rash and irritation-free while still using your Fitbit every day (and every night for those that want the sleep tracking.)

So here’s what I discovered!

Why is my Fitbit causing skin irritation or rashes?

For most of us that get some skin reaction, our Fitbits (particularly the bands) are causing irritant contact dermatitis (eczema.)

When our Fitbits trap things like soap and sweat, and then we put pressure or add some friction to the mix, our skin starts reacting immediately, causing redness and then inflammation.

Some of us are actually allergic to some materials (usually metals like nickel) in the Fitbit itself.

When someone is allergic to those materials, their immune system responds in what’s called allergic contact dermatitis.

How do I prevent my Fitbit from causing redness, rashes, and other skin irritations?

Okay, first, let’s ask ourselves some questions. Often, just changing one behavior can make a world of difference to your skin’s health.

How tight are you wearing your Fitbit?

You’re more likely to get skin irritation if the band is too tight–so keep it comfortably loose.

The rule of thumb with Fitbits is to wear them a bit loose–usually looser than you think they should be.

The preferred placement for your Fitbit is about two to three full-finger distances from your wrist. The best measure for this is your fingers.

Although Fitbit suggests placing your Fitbit band a finger’s width above your wristbone when not exercising, we find that placing it 2-3 fingers distance works best!

We recommend the three-finger arms placement since this is the best way to track your heart rate. We often bend our wrists frequently during the day (at work, exercise, or play.) Frequent wrist bending interferes with the Fitbit’s heart-rate sensor.

If you cannot get your Fitbit comfortably loose, try changing your Fitbit’s band to and use the longer band that came with your device if you aren’t currently using it. And if needed, purchase an extender band or a third-party band that fits your arm.

Do you have hairy arms?

If you normally wear your Fitbit tight due to your arm hair, we suggest you instead follow the steps above for a loose, comfortable fit BUT wear your Fitbit on the inside of your arm, where there is naturally less hair!

You’ll generally get better measurements from your Fitbit, too, for things like heart rate and sleep monitoring.

Are you sweating a lot when working out or engaged in an activity?

When we sweat during workouts, in hot and humid weather, or even naturally during the day, that sweat can get trapped between the Fitbit and your skin.

And if your Fitbit band is tight, it’s difficult for that perspiration to evaporate naturally.

This trapped sweat can then cause your skin to become inflamed, which often leads to redness, discomfort, and eventually rashes. Doctors call this moisture-associated skin damage (MASD.)

When that sweat (or another moisture source) gets trapped, your skin starts to soften, then swell (inflammation), and even wrinkle. All of those things make your skin more vulnerable to damage from any present bacteria and the band’s natural friction.

The best remedy is to clean and dry both your Fitbit (the device and band) AND your skin after working out or after a sweaty event.

And always make sure you keep your Fitbit slightly loose on your arm to allow air to circulate and naturally evaporate any moisture so it doesn’t get trapped in the first place!

Are you swimming or showering with it?

Although we can wear out Fitbit continuously throughout the day and even for several days without charging, that doesn’t mean we should!

Don’t shower with your Fitbit!

While many Fitbit bands and Fitbit pebbles are water-resistant, we don’t recommend you shower or bathe with your Fitbit on.

When you shower, your skin loses some of the natural oils that maintain its moisture barrier. And hot water is even more culpable–it strips away more of your skin’s oily layer.

So if you like hot showers (and who doesn’t), we encourage you to take off your Fitbit!

Showering is the perfect time to charge your Fitbit and give your skin a rest.

After showering, remember to let your skin dry BEFORE placing your Fitbit back on. It doesn’t take long for the skin to dry–usually, about 5-10 minutes, depending on the weather and how steamed up the bathroom is.

That time is the perfect opportunity to moisturize your skin and if your skin is particularly sensitive to the Fitbits’ bands, add a barrier cream to the area(s) where you wear your Fitbit.

And remember to dry your skin thoroughly before putting the Fitbit back on.

If your Fitbit is a model approved for swimming, wearing your device while swimming is a great way to track that exercise.

If you swim or surf in saltwater, check your model’s user manual to ensure you can swim in salt water and fresh water.

What’s important is to clean and dry your Fitbit and your skin after your swim. And that means taking the device off for a few minutes.

If you’re swimming or surfing in the ocean or in a saltwater pool, it’s even more important to rinse off all the saltwater with fresh water to prevent salt buildup from your device and skin.

Are you routinely cleaning your Fitbit band and device?

Cleaning your Fitbit band (and the device itself) helps remove any debris, bacteria, allergens, and any other gunk that might be irritating your skin and causing problems!

So keep it clean!

That means cleaning your Fitbit band at least once per week if you aren’t working out or engaging in an activity that requires immediate cleaning.

How to clean and disinfect your Fitbit

In today’s world, we need to both clean and disinfect our Fitbits, including both the device and the band.

It’s best to follow the Center for Disease Control and Prevention’s recommendations for infection control to clean and then disinfect your wearable devices.

And yeah, don’t use bleach or submerge your Fitbit into a cleaning agent or disinfectant!

If you use rubbing alcohol to clean the band or the device, ensure the band/device and your skin are dry before putting your Fitbit back on.

Do you have a metal or materials allergy?

If you tried some or all of the steps above and your skin is still reacting, you might have an allergy to the materials or the metals used in the band, buckle, the Fitbit’s casing, or charging contacts.

Specifically, some folks are allergic to nickel or have nickel sensitivity.

Your Fitbit has either anodized aluminum or surgical stainless steel components. Both of those include small amounts of nickel. All Fitbit models meet the European Union’s Nickel Directive for products that come into contact with skin.

Meeting this standard means that most people will not develop skin irritations or allergic reactions to Fitbit products. However, a small subset of users who are particularly sensitive to nickel may develop reactions, usually contact dermatitis.

What materials and metals are in my Fitbit?

There, look for the heading Materials and review for specific information related to your model.

How to prevent material and metal reactions from your Fitbit

If you suspect you have an allergy to the metal components of your Fitbit, it’s likely caused by the metal in the charging contacts reacting to the salts in your sweat and skin.

Very little of your Fitbit’s buckle comes into contact with the skin. So if you narrowed your skin’s reaction to the metals, it’s likely from those gold-colored charging contacts.

The simple solution is to cover those contacts when wearing it!

However, that is not as convenient as it should be.

Ideally, Fitbit (or third parties) would offer sweat-resistant plugs (that also perform dual duty as anti-dust) for all Fitbit models. However, Fitbit does not produce these items, and most third-party producers only offer them for older model Fitbits like the Surge or Charge (1st generation.)

Cover your Fitbit with tape!

So, in lieu of a custom plug, the next best option is to manually cover the charging contacts with a small piece of tape.

Some folks use plain old invisible tape, while others recommend microporous hypoallergenic paper, surgical cloth, fabric, or silicone tape. Even using a small piece of a band-aid seems to do the trick!

Make sure you cover only the charging pins, not the other sensors!

You also want to wrap it around the device’s sides to prevent it from getting dislodged when you move.

The downside is you likely need to change this cover routinely–sometimes once per day or after removing the tape cover for charging.

When all else fails, return it!

If you continue to experience rashes, allergies, or other skin irritations from your Fitbit and cannot find a remedy, we recommend returning it. When you buy from Fitbit, they offer a 45 day AND no-questions-asked return policy.

If you purchased your Fitbit from any third-party vendor (like Amazon), check their return policies–they often match or beat Fitbit!

If your Fitbit is not eligible for a return, reach out to Fitbit’s customer service to learn about options. 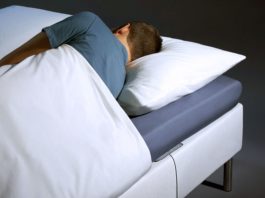 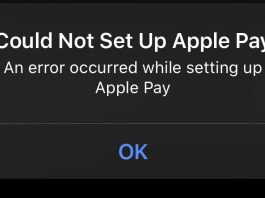 Getting the error message “could not set up Apple Pay, an...

Don’t like the bouncy blue musical note on your Samsung Galaxy...