Building on the success of Garmin’s first solar-charging adventure watch, the fēnix 6X – Pro Solar, these new solar editions allow customers to “Do What They Love Longer” through significantly increased battery life and new purpose-built functionality including surf, mountain biking, and climbing activities.

“Garmin’s multisport GPS watches are the choice for athletes and adventurers willing to push themselves through the next mile or over the next mountain. Using our solar capabilities. the new Instinct, fēnix 6 and 6S, and tactix Delta solar watches provide extraordinary battery life and give customers the ability to follow their passion to the sunset and further,” said Dan Bartel, Garmin vice president of global consumer sales.”

The instinct series of solar-powered smartwatches have been refreshed for Surfers with the Surf edition.

Instinct Solar – Surf Edition is purpose-built with specialized surf features such as tide data and a dedicated surfing activity to help customers make the most of every wave.

The new Instinct Solar – Tactical Edition, popular with military personnel, is equipped with tactical-specific features such as night-vision goggle compatibility and Stealth mode.

Featuring Garmin Power Glass™ solar charging lens and a customizable Power Manager mode, fēnix 6 Series – Solar Editions harness the power of the sun to stay on and remain performance-ready for weeks, so users will have more on-wrist time to enjoy their activities, training features, onboard mapping, music streaming and much more.

There are new activity profiles for Surfing, Mountain biking, and indoor climbing on the new Fenix 6 series launched today.

The fēnix 6 Series – Solar Editions also includes Advanced Sleep Monitoring, which provides a detailed breakdown of a user’s light, deep and REM sleep stages as well as Pulse Ox and respiration data. View this data on a dedicated widget that includes your stress score and sleep insights.

The fēnix 6 series features Garmin Pay™ and on-device music storage of up to 2,000 songs, allowing users to sync playlists from several of the most popular music services. You may need a subscription depending on service. And best of all, no phone required!

Will you be getting yourself one of these upgraded Fenix models or will you rather wait for the next-gen Fenix 7 Models to hit the shelves? 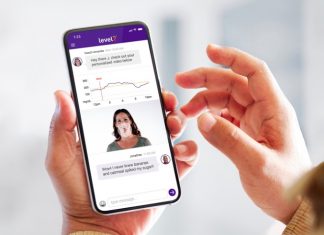 Does your Fitbit screen shut off too fast? Change this one thing

Making the most out of Google Maps on your Apple Watch