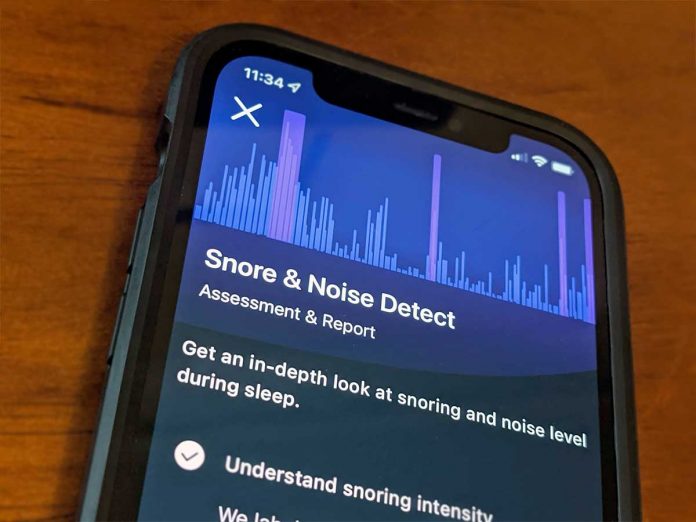 Fitbit is rolling out its new snoring detection features first to owners of Fitbit Versa 3 and Fitbit Sense who are also Fitbit Premium subscribers. And we are excited to give it a go.

Snore detection is bundled with the company’s premium platform. You must be a premium subscriber to get this feature.

The snore detection feature uses the microphone on your Fitbit device to monitor the sounds when you sleep, and it provides you with results the following day.

The feature gives users snore detection incident reports and a report around how noisy your room was during sleep.

How to turn on snore detection on your Fitbit 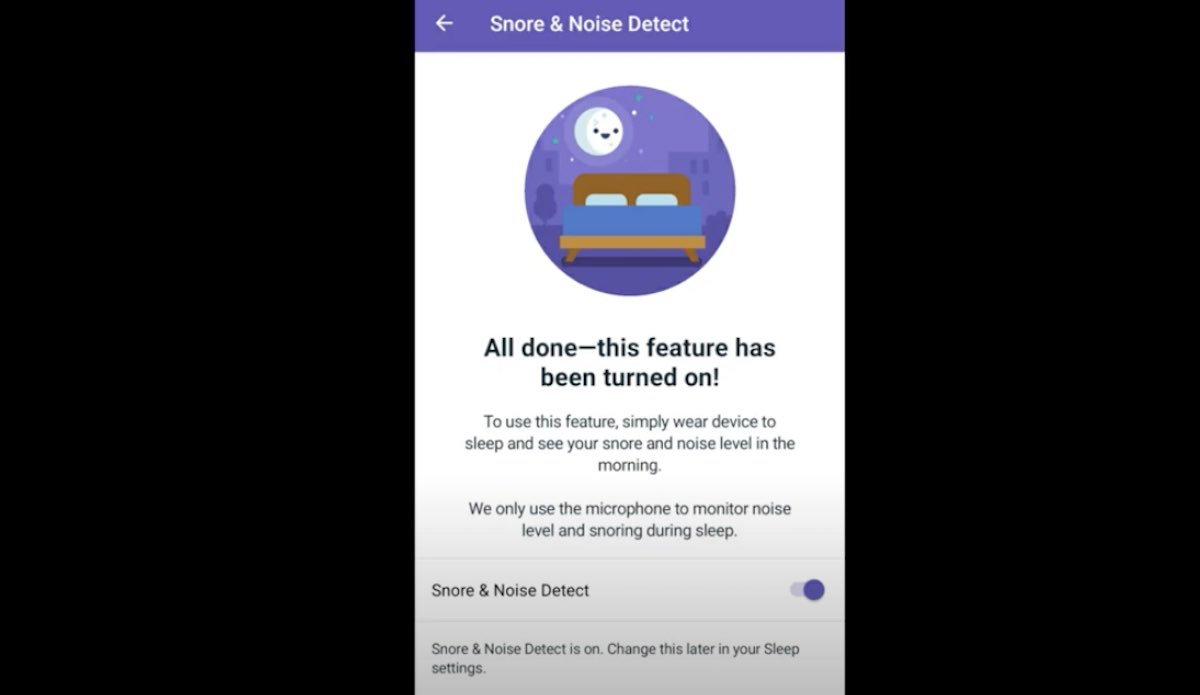 When you turn on snore and noise detection for the first time, tap Get Started and follow the on-screen instructions. Or use these steps.

Essentially, from the Today tab, you tap on the Sleep tile > followed by the gear icon.

You also find your Fitbit’s snore and noise detection settings in:

How to use Fitbit’s snore detection feature

After turning on snore detection, make sure you turn on the microphone on your Fitbit, so it tracks noise when you sleep. This feature only works if your microphone is on!

While you sleep, your Fitbit’s microphone periodically (every few seconds) collects and measures information about the noise in your environment. It does not continuously capture this information.

Your Fitbit only uses its microphone to collect noise levels and snore information. It DOES NOT save any sound recordings.

If you sleep with others, this feature might include snoring from a person(s) or pet sleeping next to you.

Once you turn snore detection on, charge your Fitbit to at least 40% before going to bed, and then wear your Fitbit while sleeping! Your Fitbit then tracks snoring and other noises throughout your sleep cycle.

How to turn off your Fitbit’s snore detection

Turning off the Fitbit Snoring detection is controlled through the toggle button on the Snore & Noise Detect screen.

For Fitbit Versa 2 owners, there is a beta app available that you may be able to install from the Fitbit mobile app (not all Versa 2 users see this app as available.)

Given that this is first iteration of snoring detection on the Fitbit platform, the feature works as expected for the most part with some caveats.

One of the challenges around this feature is for users who do not sleep alone. According to the app guidance, this feature can detect snores from you or someone next to you! 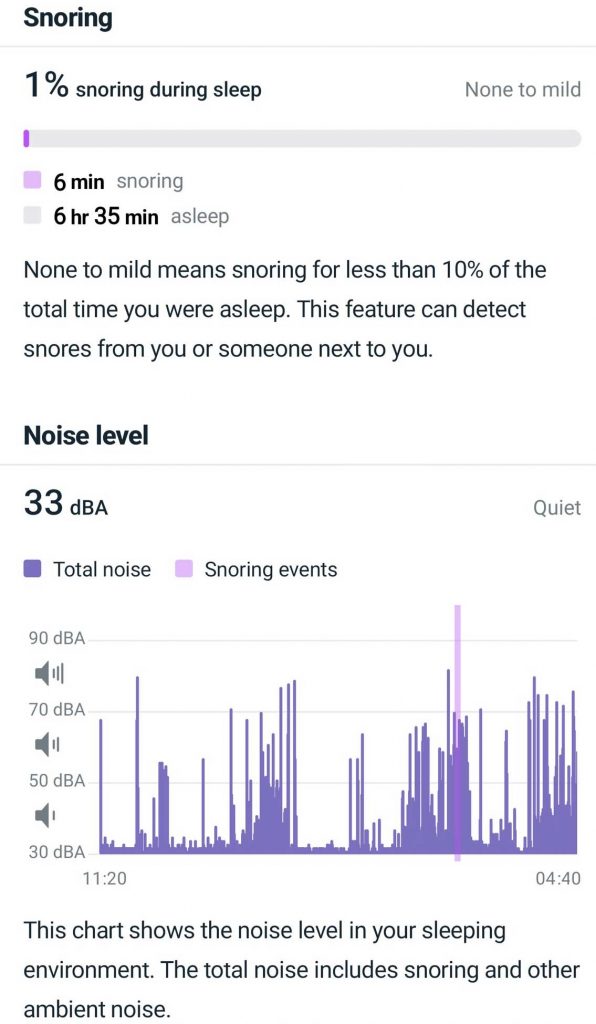 The place to find your detailed Fitbit snore reports is via the ‘Sleep’ section on the premium tab on the Fitbit app.

Start by clicking on Sleep to select it and then you need to look at one of the sleep log entries related to the night when you had snoring detection active.

Along with your snoring percentage, your Fitbit also assesses the noise level in your sleeping environment, providing you the decibels of noise as well as a categorization of how noisy that level is.

Fitbit categorizes the volume of your ambient sleeping environment and its overall noise level as:

At this time, the snore and noise report only shows your snoring percentage and noise level each night. It does not yet show any trends like the 7 or 30-day averages as you see in your sleep stages report.
How to delete some or all of your Fitbit’s snore and noise data 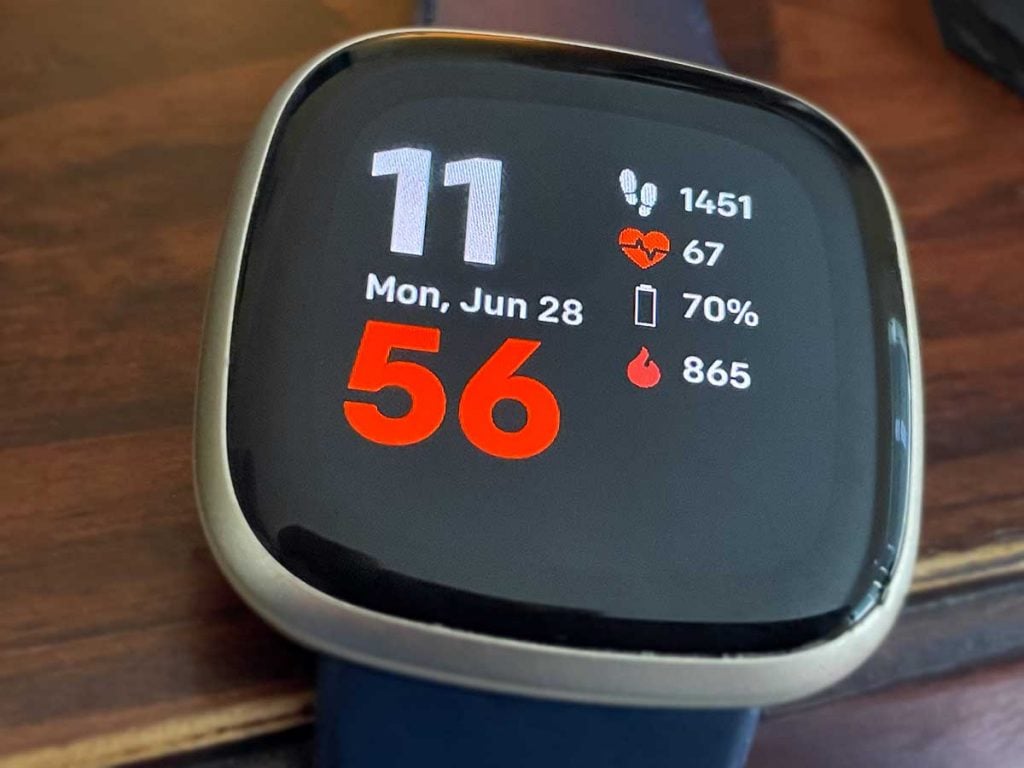 The new premium snoring and noise detection feature is unfortunately a battery killer on the Fitbit. Users testing out the feature during beta have reported that it can consume almost 40 – 50+% of battery during your sleep.

Fitbit also recommends that your smartwatch has at least 40% battery before you go to sleep with this feature enabled.

Since the feature has not been optimized for battery usage, you have to plan to put your Fitbit on the charging cradle first thing in the morning.

Snore and noise detection not working on your Fitbit?

If you don’t see any snore and noise metrics or reports, check the following:

Sadly, many users have also found the interpretation of the ‘Restoration’ report somewhat confusing. It is hard to gather advanced/actionable insights from the Snoring report in the premium platform.

We are certain that these are temporary setbacks with this first iteration of the feature desig. Fitbit introduces new changes to its snoring and noise detection process too make a better user experience. 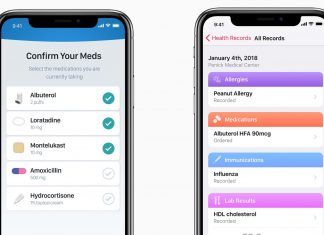 Yesterday was quite a busy day for those in the Apple world. The company unveiled three new major software updates, each with new features...

Initial results from the Fitbit Heart Study of 455,699 participants are now published in the latest edition of Circulation Journal. The Fitbit / Google research...