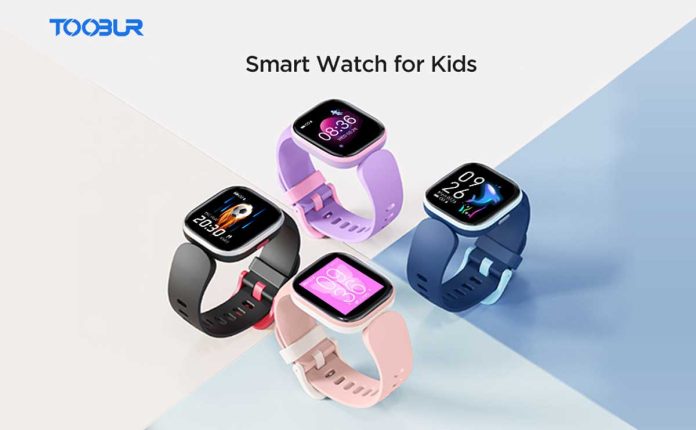 Fitness watches and bands are a great way of improving both our mental and physical health. After all, there’s nothing more motivational than seeing your progress in real time.

The only problem is that most fitness bands today are primarily made for adults – which is where the Toobur fitness tracker for kids comes in!

So, if your kid is after something that can track his/her fitness activity look no further. You’ll definitely want to check this one Toobur wearable out. And with that said, let us take a closer look at it!

Meet the Toobur Fitness Watch and Tracker for Kids

What Toobur offers for children is a pretty feature packed smart watch, just for kids.

You find many of the same features you find on adult smartwatches, including things like a pedometer, activity tracker, sleep monitor, heart rate monitor, music controller, and it’s IP68 water resistant up to 4.5 feet underwater for up to thirty minutes.

Plus, the battery is rated to last up to 144 Hours! And you kids can also make their own wallpaper to personalize their Toobur.

In order for it to be so affordable, the Toobur watch needs to compromise on some features such as built-in GPS.

However, this watch is an awesome choice for your children and encourages them to get active, track their steps and even use a built-in timer, alarms, and stopwatch to stay on top of their chores and homework.

What really separates this fitness band and watches from others is primarily that it’s made for kids. More about that in a moment.

Using the Toobur fitness tracker is as easy as installing the VeryFitPro app on your phone (Android – iOS), pairing the band with it, then just using it. Just don’t forget to charge it before doing so by plugging it directly to a USB port – be it with an adapter, hub, or PC.

Why is Toobur Fitness Tracker Great for Kids? Because they are designed for children, not adults 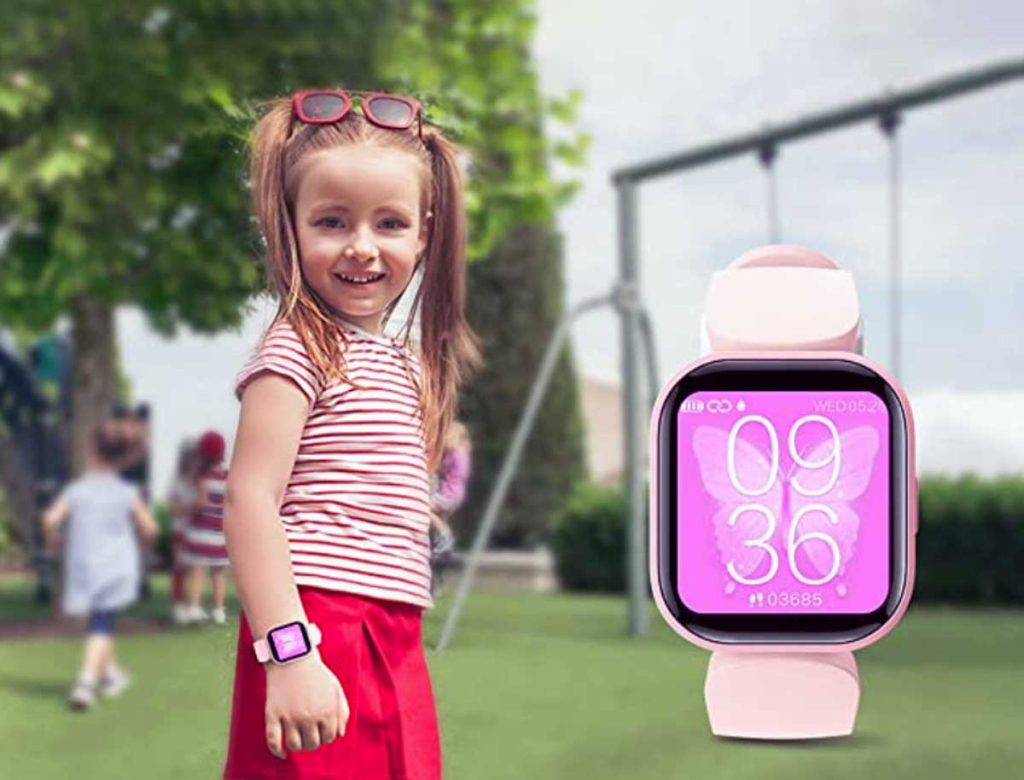 Two of the main reasons that the Toobur Fitness Tracker is great for kids are its smaller sized wristband and its water-resistance capabilities.

Most fitness trackers are obviously made for adults. So, even at their smallest setting, the wristbands are often way too big for young kids. And that’s where Toobur’s smaller band comes in handy! 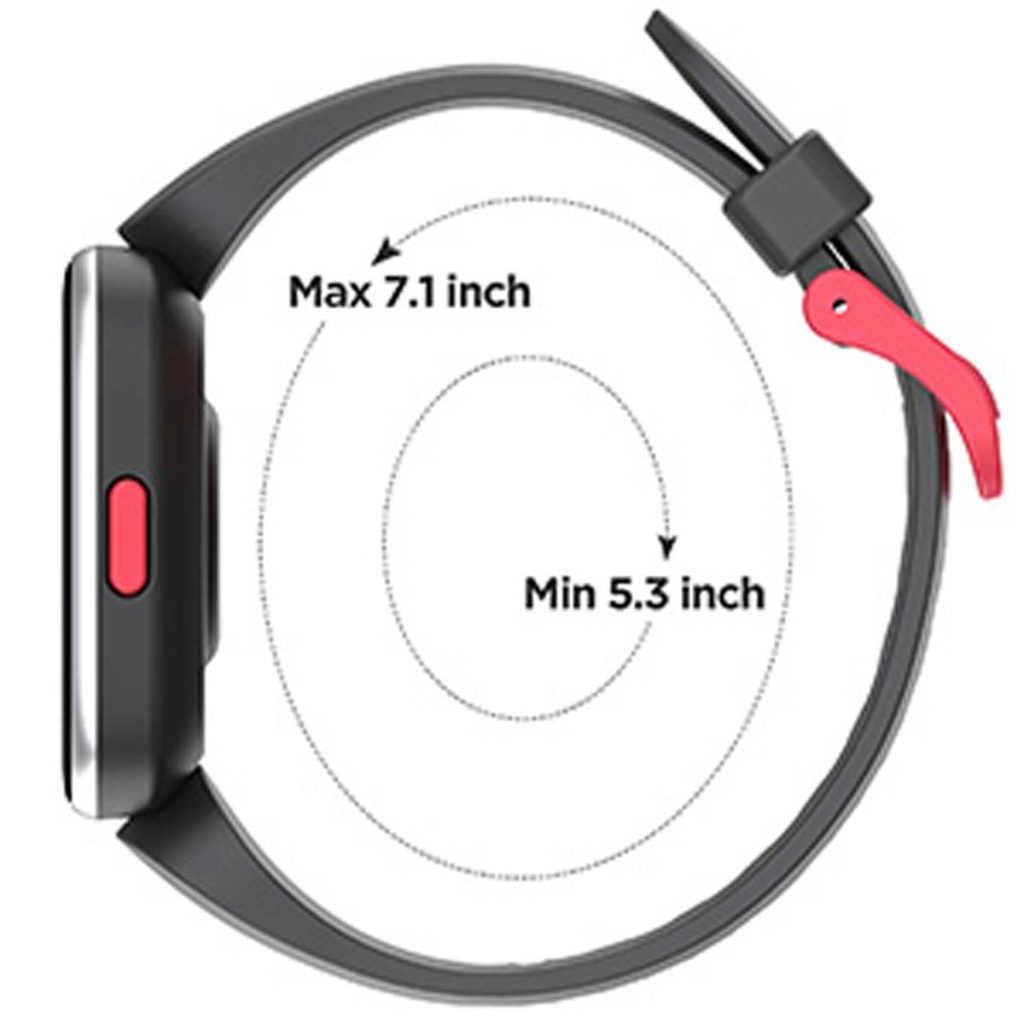 Toobur’s watch strap is adjustable for growing from 5.3 inches to 7.1 inches circumference, fitting children as young as 5 or 6 and up to the mid-teen years.

Other than that, water-resistance can come particularly in handy when dealing with kids!

The IP68 certification means that you can submerge it up to a meter deep underwater for about half an hour without any issues.

And keep in mind that this is not the manufacturer speaking. IP certifications are not being given away like candy. The product needs to meet the criteria for IP68 or it doesn’t ever get it.

Unfortunately, there is no built-in GPS to it.

But that’s to be expected. After all, you usually have to spend at least $70-100 for a band/watch with GPS in it and the Toobur costs less than $40 and often a lot less. So, it’s obviously going to fall short in certain aspects.

Despite that small shortcoming, you still get a pedometer, a calorie counter, sleep monitoring, phone notifications on its display, and more. So, for the money, it’s definitely hard to go wrong with this waterproof fitness tracker for kids.

Many of you have been asking for a comparison between Toobur’s offering and one of the best series of fitness bands out there, Fitbit. Frankly speaking, it’s a bit of an unfair comparison. But we decided to do it for you anyway.

There are plenty of Fitbit watches and fitness bands to choose from out there. Many of which cost as much as 10x Toobur fitness trackers.

However, from all the options, we thought that the Fitbit Ace Series or Garmin Vivofit Jr. Series are the best candidate for a comparison. After all, these models are also targeted towards kids and although they are both more expensive, they are within a similar price range.

First things first, as we mentioned above, the Toobur’s offering currently costs less than $40, while the Fitbit Ace 3 and Vivofit Jr. 3 come in at $70-90 depending on your region and time of purchase.

So, if you are looking for something that’s as cheap as possible and yet provides with solid options, the Toobur fitness watch and tracker is a one-way road for you.

One thing that kids love about Toobur is the screen! 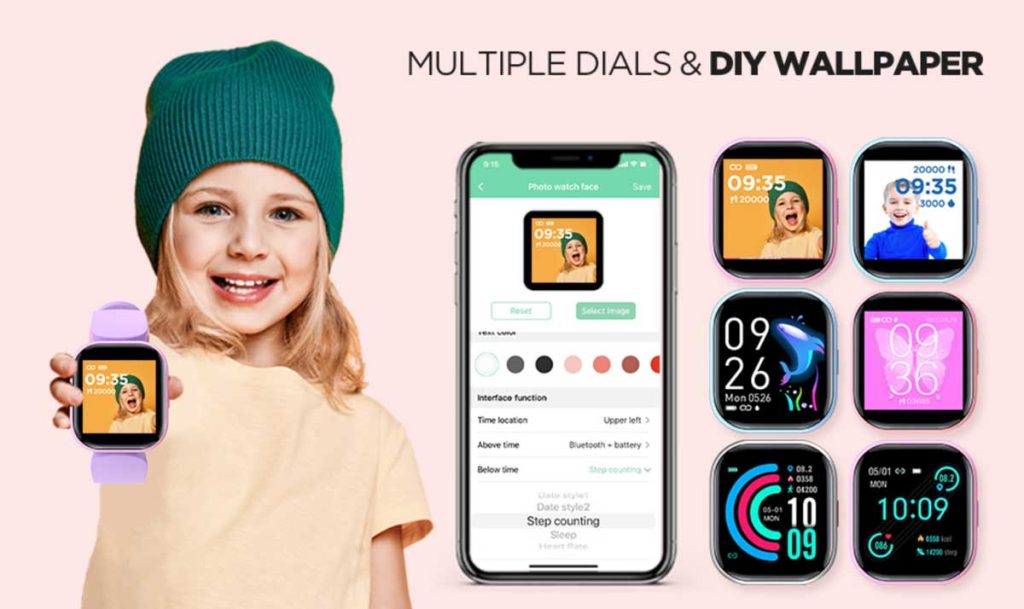 It’s a full 1.4″ color display. Plus, just like adult smartwatches, Toobur offers a selection of different watch faces for your kids to choose from.

And they can even make their own wallpaper using their own or your family photos. Kids love changing their watch screens to suit their mood and the time of year.

When it comes to features, the Toobur offers all of the basic stuff that you’d expect to find on a smart watch and activity tracker. We’re talking about:

The Fitbit Ace 3 and Gamin Vivofit 3, on the other hand, also offer all the above along with: 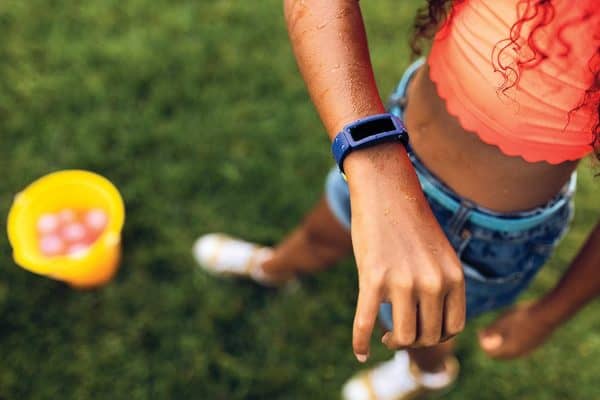 So, as far as features and extra options are concerned, there is no doubt that the Fitbit Ace or Garmin Vivofit Jr. are the winners here. But that was to be expected with the price difference.

The only question is, “Is the Fitbit or Garmin worthy of the extra money?” And that’s probably something that you, as the buyer, can only answer yourself.

When everything is said and done: 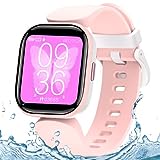 If this is your first fitness tracker, chances are you are going to feel a little bit lost. After all, despite how easy they are to use once you get adjusted to them, Fitness trackers are still much more complicated than a simple watch.

Here are what we consider to be the top 5 essential tips!

1: How do I Reset my Toobur Fitness Tracker?

Resetting a fitness band, including Toobur’s offering, can come in handy in case it refuses to pair with the phone. Or if you just want to give it to a new person.

To reset a Toobur fitness tracker:

The exact process of finding your Bluetooth settings can differ from device to device. Especially on Android where there are tons of different versions and skins. 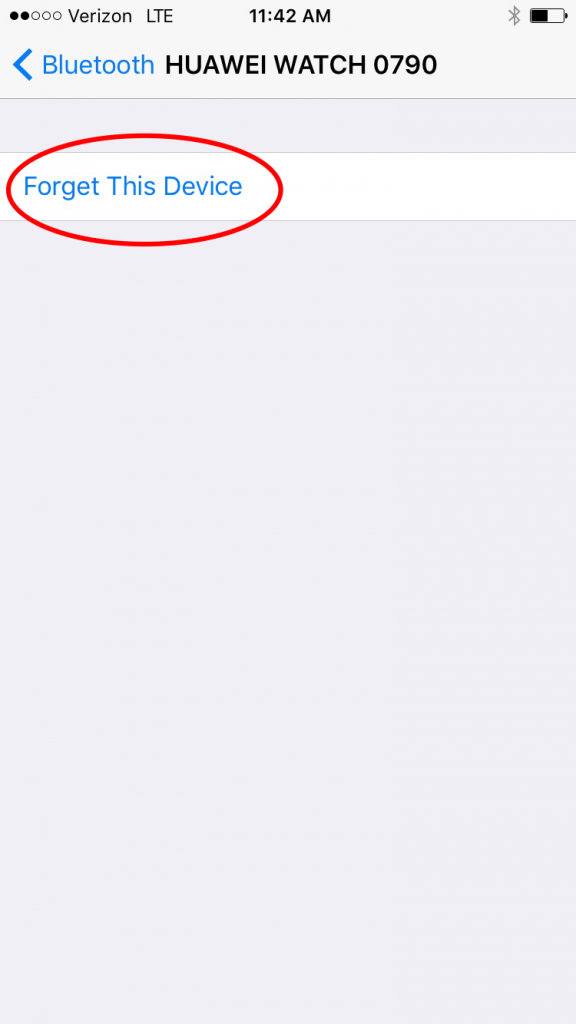 Again, keep in mind that the exact process can greatly differ from Android to Android device. Not so much with iOS since basic navigation hasn’t changed all that much throughout the years. Still, at the end fo the day, all you want to do is head over to the Bluetooth settings and forget your fitness tracker before pairing it again. That should reset it.

2: How do I Change the Time on Toobur Fitness Tracker?

“Normal” watches allow us to change the time directly through them. But you can basically forget about that with most smartwatches and fitness trackers such as Toobur. 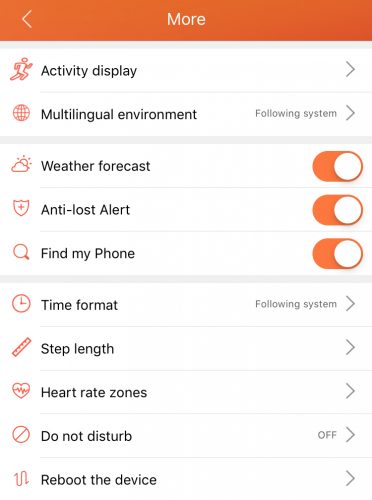 If it doesn’t work, try going into the app’s settings then switching the time format into anything then back into “Following system”. And if that still doesn’t do anything, hit the “Reboot the device” button at the bottom of the app’s list

3: How Can I Charge the Toobur Fitness Tracker?

Unlike most fitness trackers nowadays, the Toobur doesn’t use magnetic charging. Instead, it plugs directly into a USB port – which is to be expected at this price point.

So, to plug a Toobur tracker into a USB port and charge it:

If there’s nothing happening, make sure that you plugged it in correctly and that your USB port is supplying power by maying trying to plug in something else.

Keep in mind that sometimes, quick chargers don’t work with small devices like smartwatches or USB fans. If you come across a similar case, try using a PC or a “normal” charger instead.

4: Toobur Fitness Tracker Not Charging? Here’s How to Fix it

The most common reason for a Toobur fitness tracker not to charge is just you plugging it in incorrectly. You have to make sure that the metal pins align with the USB port’s. Since it plugs in directly, it’s easy to plug in at the opposite direction.

Other than that, if you are using a charging adapter that supports a version of Quick Charge, it may not be able to charge the tracker at all. Sometimes, quick chargers just won’t recognize smaller devices such as trackers, portable headphone batteries, or anything like that.

You can often tell if you are using a quick charger or not by its Quick Charge icon or by the V and A ratings at its side/back. If it has anything higher than 5V/1.5-2A, chances are it’s a quick charger. 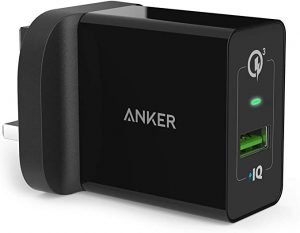 In such cases, you can either use a computer’s USB port or a different charger. Also, don’t forget to make sure that your charger/port is not broken in the first place by plugging in another device into it.

5: Where Can I Find Further Instructions?

Toobur’s offering should come with its own handbook that’s included in the box. That’s where you can find step by step instructions on how to use your new fitness tracker.

And if it doesn’t solve all of your questions, there are always websites like MyHealthyApple that try their best to explain how these gadgets work along with Amazon’s Q&A section.

If you went through every piece of information you could find with no luck, feel free to let us know about your question in the comments section down below and the MyHealthyApple team will come back to you as soon as possible!

When everything is said and done, the Toobur fitness tracker is a great fitness band for its money. Not only for kids – but even for adults as well. It offers all of the basic features that we’ve come to expect from basic fitness bands at an extremely affordable price point.

That’s all for now. If you liked this article, feel free to follow us on social media so that you won’t miss any new pieces. We regularly post on subjects such as health, technology, tech news, smartwatches, fitness bands, smart equipment, and more!

We sometimes use affiliate links in our content from Amazon and others. It doesn’t cost you anything but helps us pay our expenses. Thank you for the support! Last update on 2022-09-27 / Affiliate links / Images from Amazon Product Advertising API 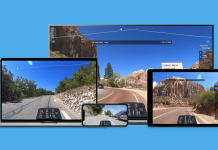 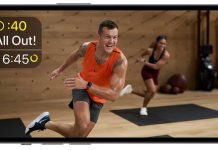 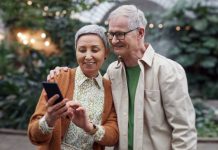 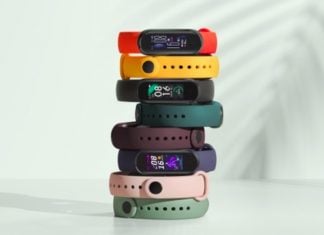 The joint research results of Huami Technology, maker of Amazfit wearables, and Fudan University Affiliated Cancer Hospital were published this week in the journal,...

How to use Precision Start for your workouts on Apple Watch...

The new watchOS 9 from Apple has some unique features for Apple Watch Ultra users. The ability of the action button on the Apple Watch...