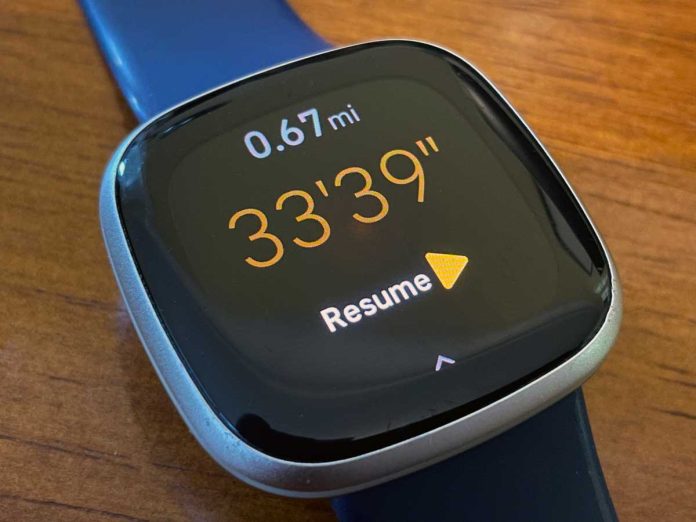 One of the main reasons I own my Fitbit Versa 3 is to track my workouts using the Exercise app or just letting it automatically track my walks, runs, and other workouts. I love reviewing my stats and seeing my progress for my daily exercise goals.

One of my biggest pet peeves with my Versa is that it often and randomly pauses during my workout and stops tracking it–while I am in the middle of my workout.

It’s so frustrating!! I often don’t even realize it’s on pause until I look at my Fitbit to either see my current stats or end the workout. And sometimes, it stopped tracking early into my workout, and I’ve lost most of it.

And I know I’m not alone. So here are a few things I did to get my Versa 3 to stop pausing during my workouts–at least most of the time. Although it still occasionally happens, it’s now a rarity instead of a regular occurrence. 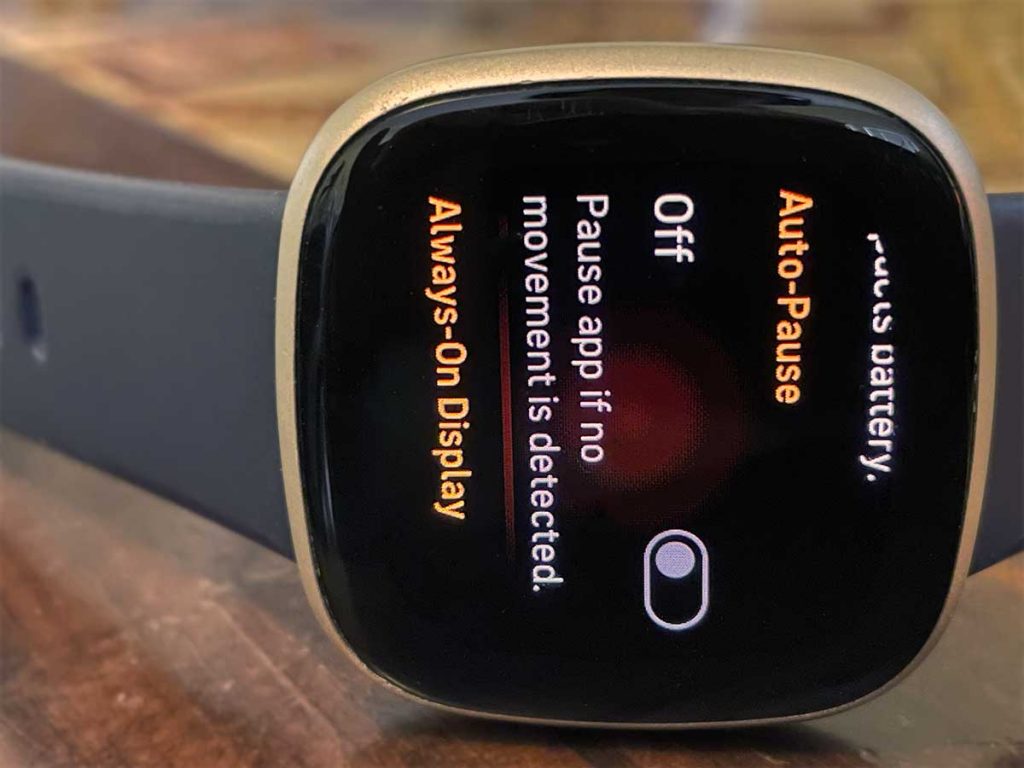 Unfortunately, this automatic pause feature works sporadically, so we recommend turning it off. Not all Fitbits offer this option, AND it’s only currently available for Run and Bike workouts.

So, if you own a Charge 4+, Luxe, Ionic, Sense, or Versa Series Fitbit, turn off auto-pause for these workouts.

One of the biggest reasons our workouts pause on our Fitbits is an accidental touch of the side button(s), particularly on newer models with solid-state buttons like the Sense, Versa 3, or Luxe.

Many people don’t realize that tapping the back button pauses your workout!

Accidental touches happen when your wrist or forearm contacts the side button and triggers your workout to pause. This frequently occurs when you bend your wrist and wear your Fitbit with the button facing your wrist (usually on the right arm.)

Unfortunately, at this time, there is no option to disable this button while working out. So in place of that feature, try wearing your Fitbit with the button facing your elbow instead of your wrist. That’s the left hand for most people.

Or, if you want to keep it on your current hand, turn it upside-down, so the button faces your forearm and not the wrist.

Some other options include wearing your Fitbit higher up on your arm, so it’s a couple of inches away from your wrist to avoid accidental touches when bending. And remember to wear it snug enough, so it doesn’t slip down! 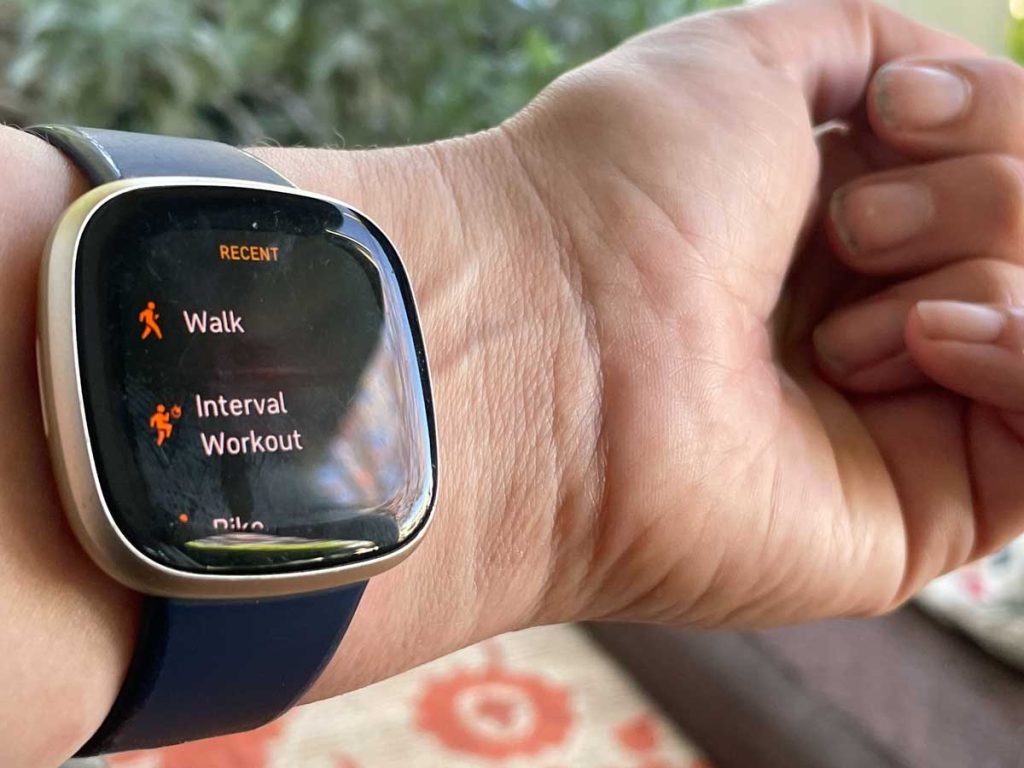 I’ve also discovered that wearing my Versa 3 on the inside of my left arm, instead of the outside, with the button facing my forearm helped me avoid most accidental button presses.

Turn off your Fitbit’s button shortcuts

If your Fitbit opens an app when you accidentally touch the button, try turning off your button shortcuts and see if that stops your Fitbit from pausing your workout unexpectedly.

If you tried all these steps, but your Fitbit is still pausing your workouts, try covering your Fitbit’s side button with a piece of non-residue tape, like surgical or medical tape.

Or purchase a screen protector case that adds some additional depth to avoid unwanted touches on the side button.

Neither of these options is ideal, but many Fitbit users say they work.

Turn on screen wake and always on display 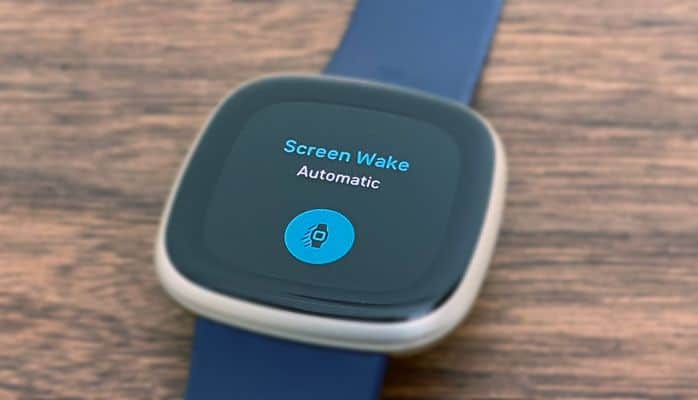 Turning on the Always-On display also helps your Fitbit recognize when you look at your Fitbit’s screen and prevents the screen from turning off during a workout.

Just note that not all clockfaces or Fitbit models support always-on, and this feature decreases your device’s battery life.

Turn on your Fitbit’s Screen Wake

Turn on Always-On Display for your workout

We really need Fitbit to release some kind of option to disable the button(s) during any workout, like the water lock feature when swimming that prevents accidental button touches.

Since there’s no way to currently lock your Fitbit during workouts, consider sending in your feedback to Fitbit and ask them to add this as a feature for a future firmware update.

Go to Fitbit’s Feature Suggestion Board and either create a new request, search for a similar suggestion, add a comment, or vote for that feature.

I hope one of these tips helped sort out your Fitbit’s issue with pausing during your workouts. For me, wearing my Fitbit on my left hand and the inside of my arm during exercise worked.

If you have any other tips for getting your workouts to track continuously without unintentionally pausing, let us know in the comments! 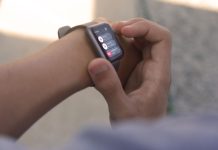 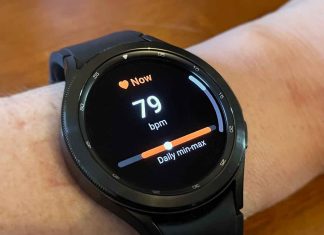 Many people like to use the heart rate feature on their Samsung Galaxy watch during workouts or even to monitor heart rate throughout the...

2022 gift guide for the tech-obsessed cyclist

Apple finally released the function we've all been asking for, a better sleep tracking system! In the new watchOS 9 and iOS 16 updates,...