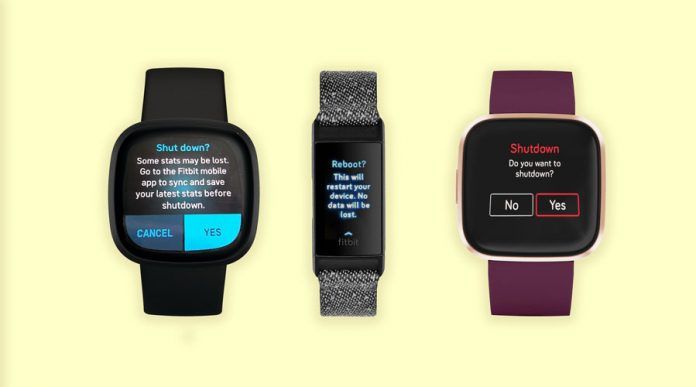 We get this question a lot from our readers: how exactly do I turn off my Fitbit? Strangely, it’s not as easy as it sounds! And oddly, some Fitbit trackers can’t be shut down at all!

Most people want to shut down their Fitbits to preserve battery life, fix errors, or store the device away during periods when you won’t use it for a while.

But for some reason, Fitbit only allows you to completely turn off certain Fitbit models–generally, its smartwatches. For models that don’t shut down (most trackers), Fitbit offers ways to dim or turn off the auto-wake screen.

In a hurry? Get quick answers

If time is short and you don’t need a thorough step-by-step, follow these quick instructions to turn off your Fitbit!

Find out if you can turn off your Fitbit

You can turn off Fitbit smartwatches, including all Versa models (original through the latest Versa 3), the Sense, Ionic, and even older models like the Surge or Blaze.

If your Fitbit allows you to turn it off, you find the option to Shut Down in the Settings app.

Go to Settings > Shut down or Settings > About > scroll and tap Shut down, then confirm by tapping YES.

To turn it back on, hold the button, back button, or any button for Fitbit Surge and Blaze until you feel your watch vibrate and you see the Fitbit logo on-screen. 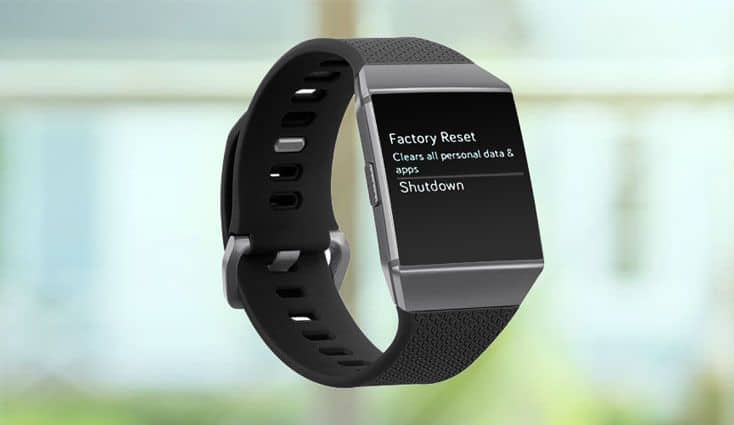 The Fitbit One is the only tracker that allows you to turn the device off completely.

Unfortunately, there is no current method to shutdown the Fitbit Inspire Series, Charge Series, Alta, or other tracker models.

To turn off Fitbit One

When you can’t turn off your Fitbit tracker, try to turn off or dim its screen

Unfortunately, and for reasons we don’t know, Fitbit does not allow users to shut down most of its trackers, including the popular Inspire Series and the Charge Series and even older models like the Alta and Ace.

The only way to turn off these trackers is to fully and completely drain their batteries–but we don’t recommend that!

Instead, change some display settings on your Fitbit tracker

To turn off your tracker’s screen when not in use, cover the tracker face briefly with your hand, press its button or buttons, or turn your wrist, so it’s pointing away from your body.

Fitbit models such as the Inspire Series, Charge 3 & 4, Ionic, Sense, or Versa series allow you to dim your device’s screen or adjust screen brightness.

To automatically dim the screen, go to Settings app > tap Dim Screen or Brightness and tap it on to lower your screen’s overall brightness. 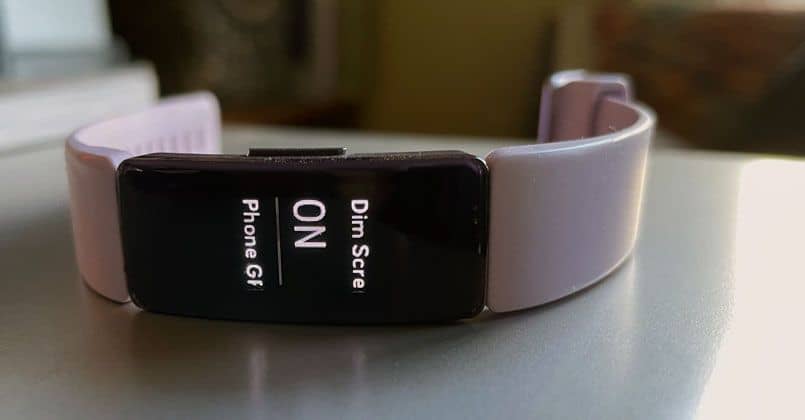 If you find that your Fitbit’s screen is frequently lighting up when you don’t want it to, you likely have Screen Wake enabled.

When you turn on screen wake, you turn your wrist toward you; the screen automatically turns on.

If you’re like me and move your hands a lot, your Fitbit screen likely turns on when you don’t need it to. That’s due to the Automatic setting for Screen Wake, which recognizes when we move our wrist in a motion like looking for the time.

For more information on Screen Wake, see this post How to turn off raise or tap to wake screen on the Fitbit Versa, Ionic, or Blaze.

Switch off GPS when you don’t need it

Using GPS drains your Fitbit’s battery and requires you to charge your device more frequently.

While GPS is great for workouts and capturing route information, you likely do not need to capture GPS data for many of the things you do during your day.

Some Fibits offer built-in GPS, including Charge 4, Sense, Versa 3, and Ionic. If you use built-in GPS regularly, it drains your battery significantly.

You can turn the built-in GPS off inside the Exercise app via each exercise’s settings. 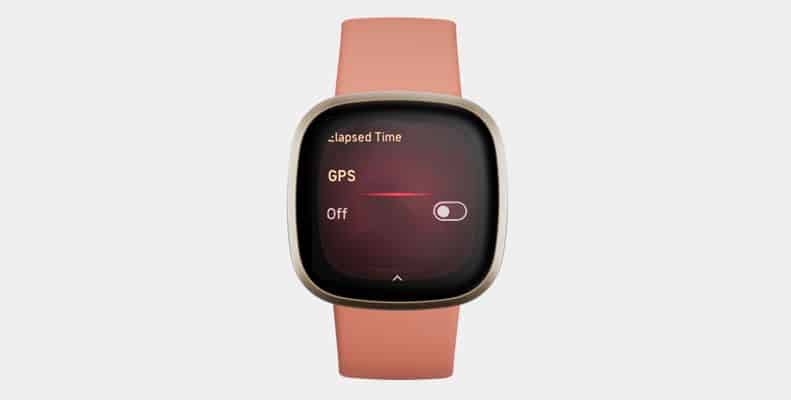 Most Fitbit models offer what Fitbit calls Connected GPS, meaning they use the GPS sensors on your mobile phone to capture GPS data.

Turning this GPS feature off can significantly increase your battery’s time between charges.

To turn it off, go to Settings > Phone GPS or GPS Settings and select off. 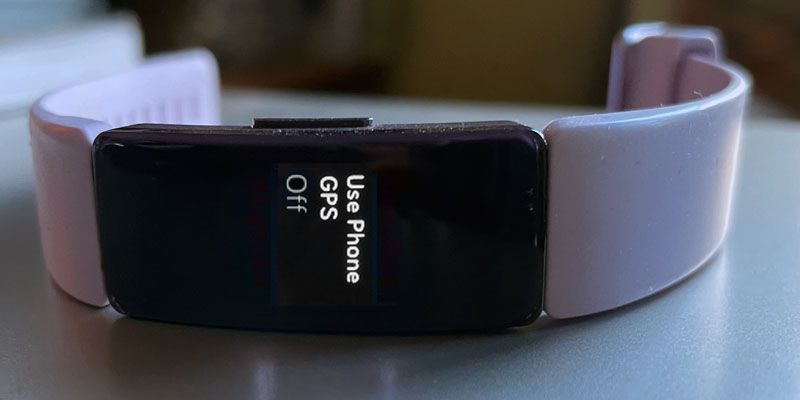 If you don’t see GPS as an option, open the Exercise app or Exercise Shortcuts and choose an exercise. Turn off GPS in that specific exercise’s settings.

Learn more about Connected GPS vs Built-in GPS in this article: Fitbit GPS vs Connected GPS: how to use GPS on your Fitbit and see your routes

Other battery saving tips for your Fitbit

Getting errors? Restart your Fitbit

If you can’t sync your Fitbit Tracker or have trouble tracking your stats or receiving notifications, restart (reboot) your tracker.

Restarting your tracker reboots the device but doesn’t delete any data.

See this article for more information and detailed steps on how to restart your Fitbit model.

We really wish Fitbit offered an easy way to turn off (shut down) all its Fitbit models, including smartwatches and trackers. But, as you now know, some Fitbits just don’t allow you to shut it down.

For models that don’t turn off, our best options are to manage how and when our screens activate and light up. These options include changing your screen brightness, turning off screen wake, and adjust the always-on display feature (for supported models.)

For battery draining problems, you can dramatically improve your battery life by adjusting these screen settings and changing things like GPS, notifications, and even turning off heart rate monitoring.

If your Fitbit can’t turn off AND it’s showing errors or acting erratically, your best bet is to restart/reboot it and see if that fixes the problem(s.)

If you have a tip to share, please pay it forward in our comments section. We love hearing from you!

The concept of Ring-shaped wearable is not new. Oura Ring has become a favorite for many users looking for a less obtrusive wearable device...

Apple Watch alarms not working? Here is how to fix it