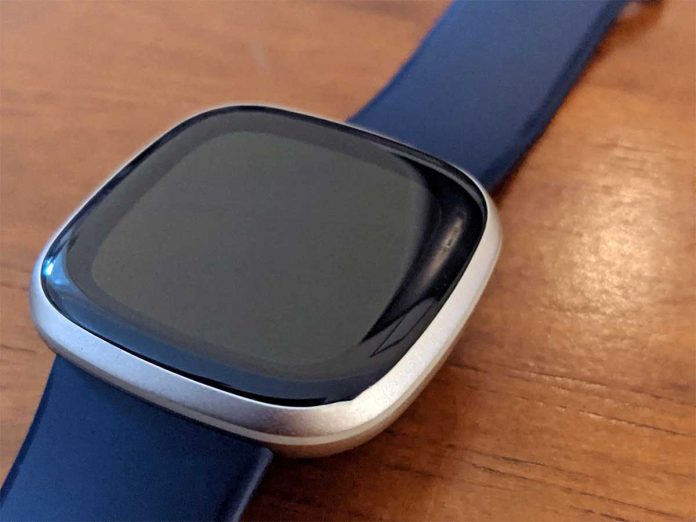 Love your Fitbit until now when suddenly your device’s screen won’t light up even though it’s charged and worked just fine up to this moment?

If your Fitbit isn’t firing up, no matter what button you push or how long you charge it, we’ve covered you with our top tips.

Many users discover that although their Fitbits appear unresponsive with dark screens that won’t display anything, the Fitbit device is still collecting data and syncing it with their Fitbit app and account!

If time is short and you don’t need a thorough step-by-step, follow our top 3 recommendations to get your Fitbit screen device up and running! 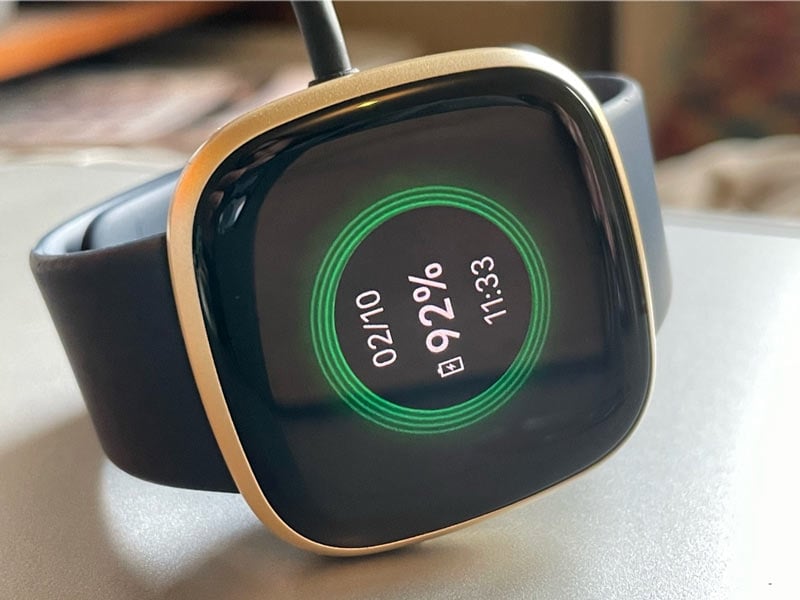 If your Fitbit isn’t fully charged, place it on its charger and wait for it to reach its total capacity. Also, please pay attention to the charging pins on the charging unit–they should be clean, even, and not pushed in.

It’s better to charge your Fitbit via a wall outlet than your computer’s USB ports due to some limitations on your computer port’s power.

Once you fully charge your Fitbit, try seeing if the screen now shows up and is responsive.

Some Fitbits include a water lock mode, which disables the screen and button(s) from responding to touches and swipes.

To turn off the water lock, dry your Fitbit and double-tap your screen (Inspire and Luxe) or long-press the side button (Sense series and Versa 3+) to turn off its water lock.

You may need to repeat this a few times to get it unlocked.

Remove any case or screen protector

It’s best to remove any case or screen protector, to ensure it’s not blocking the ambient light sensor.

Your Fitbit’s ambient light sensor looks like a black dot on the side of your Fitbit device. If that’s blocked, your screen usually dims automatically.

Clean your device AND its band 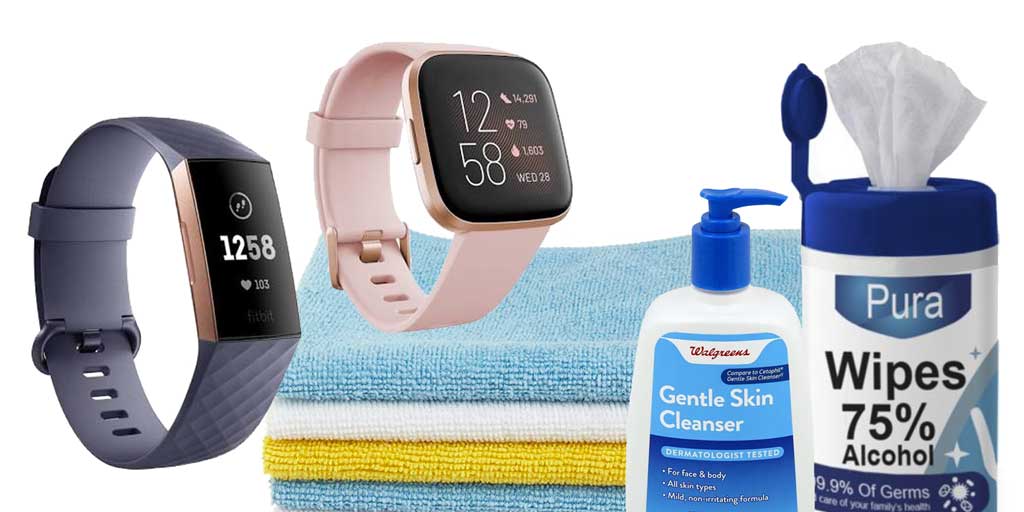 There may be dirt, salts from sweat, lint, grease, or other grime interfering with your Fitbit’s charging contacts or even clogging your Fitbit’s button(s.) So give your Fitbit a good, old-fashioned cleaning!

Often, we need to adjust our Fitbit’s screen brightness. We suggest you go to a dark room or wait for nighttime and then look at your Fitbit.

If you can make out something on the screen, your Fitbit is likely dimmed.

Make sure to have set Screen Wake to auto (automatic)

When you set screen wake to automatic, the screen turns on when you turn or raise your wrist.

If you instead set the screen wake to the manual setting, press the watch’s button or tap the screen to turn on its display.

Learn more about screen wake in this article: How to turn on or off, raise or tap to wake screen on Fitbit Sense, Versa, Ionic, or Blaze.

If you see a black or blank screen on your Fitbit, the first thing to try is a restart or a forced restart (also called a long restart.)

Restarting your Fitbit forces it to reboot–and often fixes problems like a black, blank, or non-responsive device.

How you restart or force restart depends on your model, so it’s best to check your Fitbit’s user manual.

Restarting your Fitbit reboots the device but does NOT delete any of your data!

In general, restart Fitbit trackers like the Charge Series, Alta, Ace, or Inspire

For Fitbit Charge 2 or 3, try the following:

This article teaches how to restart your exact Fitbit by the model: Need to restart or reset your Fitbit device? Learn the steps

Change your Fitbit clock face to a standard face

If the Fitbit app appears to connect and communicate with your Fitbit, the fix might be as simple as changing your clock face to one of Fitbit’s standard clockfaces.

Are you still stuck with a blank screen after a restart? Try a reset, if possible. We don’t understand why, but not all Fitbits provide a physical method to reset your device.

And note that when you reset your Fitbit, you lose any data that wasn’t previously synced with the Fitbit app or Fitbit Connect.

How to reset smartwatches using just the buttons on the Fitbit

Learn more about resetting your Fitbit and the differences between restarting versus resetting in our article Need to restart or reset your Fitbit device? Learn the steps.

Do you see error code 001 on your Fitbit’s screen? 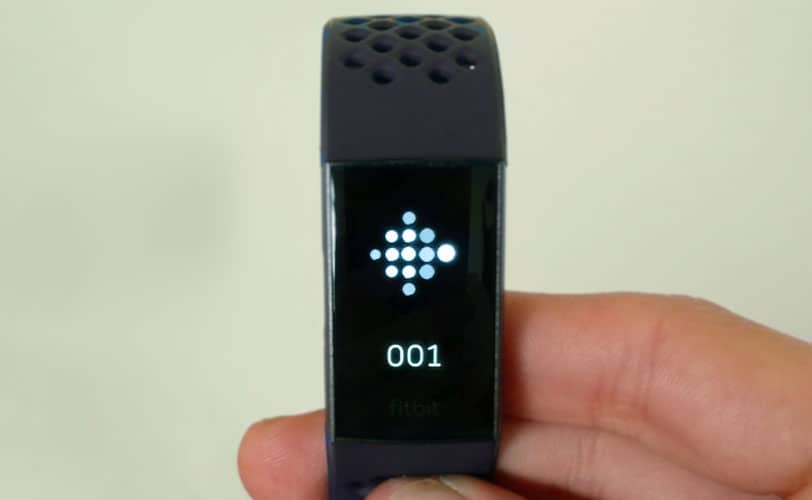 If your Fitbit shows error code 001, try a normal restart first if you can.

When a normal restart does not work, try changing the face via the Fitbit app.

If it’s still not working, let’s completely turn off the Fitbit (shutdown) or perform a long restart, if available for your device.

Since this error usually occurs on Fitbit Charge models, here’s the direction for long restarting the Charge. Please follow these instructions step-by-step.

How to perform a long restart on a Fitbit Charge

Is your Fitbit under warranty? 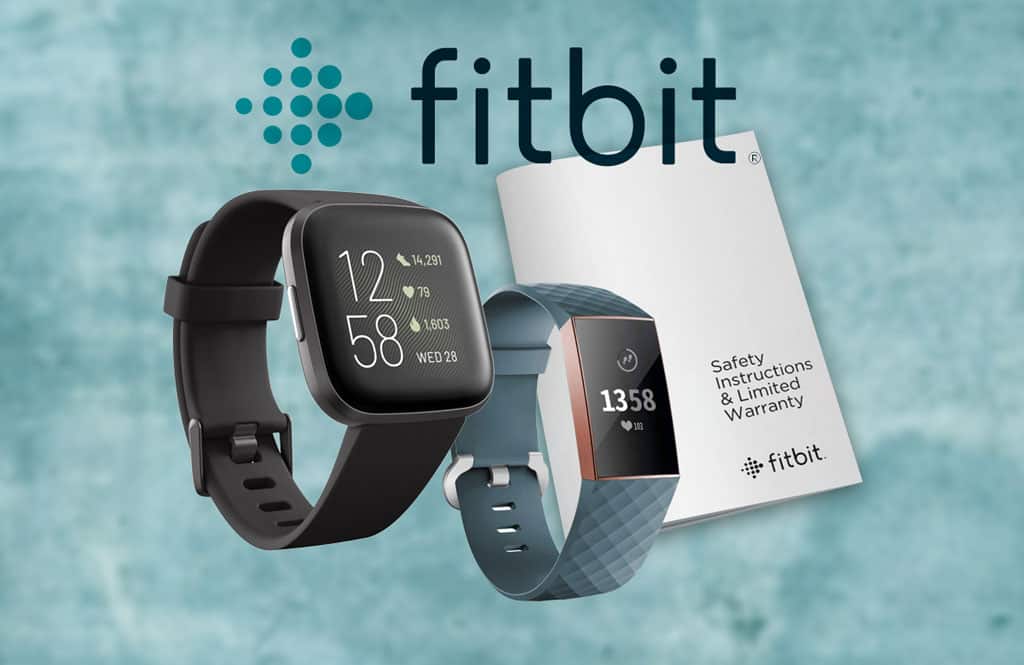 If you’ve tried restarting, resetting, or changing the clock face via the Fitbit app, but you can still not get your Fitbit to display anything on its screen, consider reaching out to Fitbit Support.

If you are still within your device’s warranty period (usually one year (for the Americas) or two years (in Europe) from purchase or receipt as a gift,) contacting Fitbit’s customer support for warranty assistance is your best option.

Once Fitbit support confirms your warranty coverage, they usually offer options to repair or replace your current malfunctioning unit.

Is it not covered by Fitbit’s warranty?

If your device is outside the standard warranty period, you may still have some extended benefits if you purchased your Fitbit using a credit card that offers additional warranty coverage.

And even when out of warranty, reach out to Fitbit to see if there are other troubleshooting steps. And if nothing works, Fitbit will likely offer a new purchase discount when the Fitbit is out of warranty. 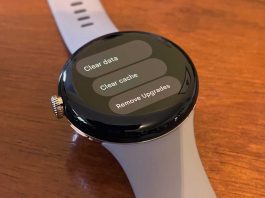 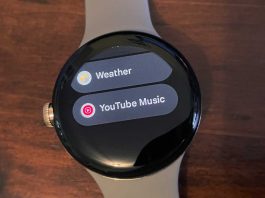 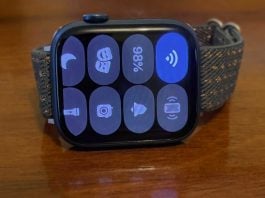